Local accommodation in Algarve worth €980 million

Revenues spent on local accommodation such as bed & breakfast guest houses and AirBnB created a €980 million turnover in the Algarve over 12 months (July 2018-June 2019).

Some 5,752 local accommodation units opened for the period in a rapidly growing sector that creates around 20,000 jobs.
The statistics were published from a study undertaken by the Portuguese Hotel, Catering and Restaurant Association (AHRESP) in partnership with the Lisbon University Institute (ISCTE) which used a sample of 32,405 existing premises in the Faro district between July 2018 and June 2019.
The sample is based on information supplied by 233 accommodation owners, involving 2,947 units including apartments (77%), houses (21.3%), bed and breakfasts (1.3%), hostels (0.3%) and rooms (0.1%).
According to data presented in an audit from Albufeira Town Council, the local accommodation market created a business turnover worth €981.5 million, the equivalent of 19% of the regions GDP and bridging €160 million in taxes to the State’s coffers.
According to the document, the majority of the accommodation had previously been in unoccupied premises or were used as holiday or permanent homes (24.3%).
The majority of the proprietors (66.1%) formed a company to carry out their business (pessoa colectiva) accounting for 88.1% of the accommodation and were highly educated/professionals.
The average occupation rate for the year was 65%, with the British, French, and Portuguese markets the most relevant, most of them couples with children.
In statements to the Lusa agency, Ana Jacinto, general secretary of AHRESP considered the study is “very relevant” because it could be ascertained that more than 40% of the properties used for local accommodation has been unoccupied, were done up, adapted and improved.”
On the other hand, the number of people that the sector employs even astounded AHRESP when it was discovered that it employs around 20,000 direct and 66,000 indirect jobs.
Ana Jacinto adds that the Algarve study “reveals very similar data to the rest of the country,” allowing for information that is “pretty close to reality.”
Tourism and in particular LA is the main focus of owner activity, with the majority (72.9%) making an investment of up to €10,000.
The proprietors see business threats as the taxes, the seasonal nature of bed & breakfast and regulations, although they remain optimistic about the growing demand within the tourist sector.
Moreover, they also suggest the need for specialised support services in the legal and taxation domains, training and business management courses.

344 richest in Portugal have fortunes over €1.7BnNews 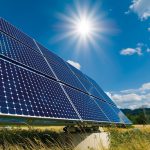 Engie strengthens position in PortugalNews
This website uses cookies for a better browsing experience, in continuing browsing you're accepting their use. Read More