According to a market analysis by Savills, in November 11,783 m2 of office space was taken up by the market, showing a sharp decrease in up-take of 55% compared to the same period in 2018.
Despite the drop seen over several months in 2019, the market remains buoyant and resilient with expectations that the year will close on around 200,000 m2.
The running total for the year to November for Lisbon’s office market is 153 letting contracts, 25% down on the same period in 2018.
“Another year in which the Lisbon office market has passed with flying colours. The year will round off with approximately 200,000 m2 let which given a backdrop of lack of available office space is an example to other markets in Europe of Lisbon’s dynamism and continued ability to attract international companies and meet the space needs of these companies,” says Rodrigo Cana, Associate Director of Savills Portugal’s Agency Department.
“It was also a year in which pre-rental made a significant contribution to the final results, exercising a 20% share of the total take-up volume to November 2018” adds Alexandre Portugal Gomes, Senior Analyst for Savills Portugal. 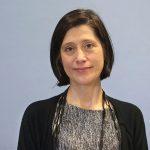 Portugal with ‘A’ rating from the agencies within two yearsNews

Portuguese economy in best state since 1990sNews
This website uses cookies for a better browsing experience, in continuing browsing you're accepting their use. Read More