Portugal with ‘A’ rating from the agencies within two years

Portugal’s creditworthiness with the financial money lending markets and ratings agencies will be back on top within two years according to the president of Portugal’s Treasury and Debt Management Agency.

In an interview with Jornal Económico, Cristina Casalinho said she didn’t expect Portugal would achieve an ‘A’ in 2020 but said that the ratings agencies were more confident regarding Portugal’s public national debt and was expecting improvements in ratings.
Portugal’s ratings are currently: Moody’s Baa3 (positive); Fitch BBB (positive); Standard & Poor’s BBB (Positive) and DBRS BBB (stable).
“When the three main ratings agencies have placed Portugal on ‘positive outlook,’ it is reasonable to expect that these positive outlooks will translate into upgrades in ratings,” said Casalinho but warned that these upward reviews “take time.”
The Minister of Finance, Mário Centeno confirmed in October that the trajectory of recovery and financial stability would continue and that Portugal’s ratings could shortly be upgraded. In the last two years Portugal’s public debt had ceased to be classified as speculative grade investment or ‘junk’ and had steadily climbed in the ratings.
Cristina Casalinho’s expectation is that an ‘A’ grade rating will not be achieved in 2020 but could be attained within the next two years.
“This is a slow process and will take time. We’re going in the right direction and the agencies themselves are increasingly more comfortable with Portugal’s track record,” she said adding that if Portugal’s performance continued on track and there was no mishaps, it could achieve ‘A’ status within two years. 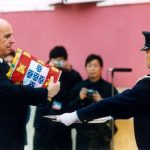 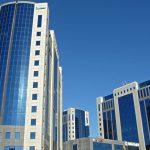 Lisbon office take-up exceeds 170,000 m2News
This website uses cookies for a better browsing experience, in continuing browsing you're accepting their use. Read More