A three-day strike by Portuguese baggage handlers at the country’s airports has led to a dozen flight cancellations from Lisbon airport.

The strike called by unions has caused delays and cancellations with the airport authority issuing warnings that the situation could get worse.
According to the National Civil Aviation Workers Union, between 80-85% joined the strike in Lisbon while 70-75% went on strike in Porto’s Sá Carneiro Airport and 50% at both Faro Airport in the Algarve and Funchal Airport on the island of Madeira.
“The third day of the strike, as we had predicted, saw more employees join and we are expecting an overall strike rate of between 80-85%” says Fernando Simões, who heads the union SINTAC.
According to data, the majority of early flights from Lisbon took off without delays of more than an hour and 12 flights were cancelled at Lisbon airport.
The strike had been announced on 20 December for 27,28 and 29 December at the country’s four main airports – Lisbon, Porto, Faro and Funchal.
There has been an increase in the number of strikes in Portugal under the current Socialist Government led by António Costa who won a second term in office at the General Election in October.
In 2018, nearly 11,000 staff went on strike in the health sector, 6,700 in the transport and logistics sector, 5,428 in the manufacturing sector, 4,013 in the commercial/trade sectors, 3,589 in the administrative sectors and 2,699 in the financial and insurance industries.
The strike was called by SINTAC because Portway – through its management – which belong to the Vinci Group “Failed to allow the agreed career progression for November which it had signed up to in 2016.” 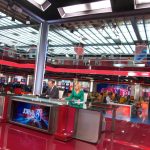 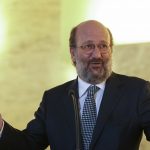 Lithium mining to begin early 2020News
This website uses cookies for a better browsing experience, in continuing browsing you're accepting their use. Read More