The Portuguese technology unicorn OutSystems has been recognised at the prestigious 2019 Banking Technology Awards in London.

The leader in the low-code platforms market for the rapid development of applications was recognised because of a distinction awarded to its client thinkmoney, “Best Use of IT in Retail Banking”.
Now in its 20th edition, the Banking Technology Awards recognise excellence and innovation in the application of IT in financial services all over the world, with 18 categories of awards. The awards ceremony held in London involved 97 banks from all over the world and their respective technology partners.
“We are very pleased to get this award for the hard work done by our digital transformation team over the past year,” says Michael Aldred, Managing Director of thinkmoney.
“We began working with OutSystems in September in September 2018. In April 2019 we launched three new digital services that greatly improved customer experience.”
“We are proud to be recognised because of the work done by thinkmoney”, says Garry Larner, regional financial services and insurance at OutSystems said, “The interesting thing is that thinkmoney now has the agility necessary to continue to improve its digital services across all its channels at a rate in which their colleagues in the sector can only dream of and we hope to continue to see great things from this client in the future.” 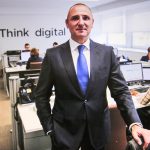 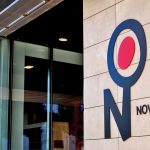 Novabase sells Novabase Digital to VinciNews
This website uses cookies for a better browsing experience, in continuing browsing you're accepting their use. Read More