The Portuguese technology company Novabase has sold its subsidiary Novabase Digital to Vinci for €33 million.

Novabase Digital was developed as a data analysis company and among its clients were government, energy and transport sector entities.
The announcement of the sale was made yesterday in a communiqué from the stock market regulator CMVM.
Novabase has experienced a rollercoaster ride in terms of net receipts since 2013 when it made €7.5 million that year, plummeting to €3.1 million in 2014, €7.4 million in 2015, €9.6 million in 2016 and falling back to €4.7 million in 2018.
“Novabase completed today (9 January), together with its indirect subsidiary Novabase Consulting SGPS, S.A., the sale to Vinci Energies Portugal, S.A., its ‘Application and Data Analytics’ business for Government, Transports and Energy sectors (‘GTE)”, states the release.
The price paid by the buyer was €33 million, but a “potential ‘earn-out’ could add on €3 million to this amount depending on the final performance of the GTE business in 2019.
The company also emphasised that taking into account clauses on price adjustment agreed between the parties, it is not possible to precisely estimate the final offset that could be gained from the transaction, as well as the surplus value that Novabase will receive on the completion of the transaction.
Therefore, Novabase “will not update the surplus value estimated of €12 and €15 million” released earlier.
The GTE business currently employs around 400 staff and had a €35 million turnover in 2018. 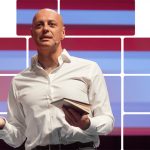 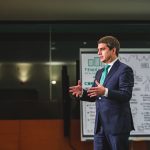 CBRE Portugal beats record for 5th year runningNews
This website uses cookies for a better browsing experience, in continuing browsing you're accepting their use. Read More