With a starting benchmark value of €12:41, higher than the shares of many PSI-20 companies like BCP, the shares of the Spanish real estate investment company went to €12:60 on the Portuguese capital market.
Trading under the ticker MRL, the 469,770,750 Merlin shares began trading on the PSI-20 at €12:60, an amount which represents a 1.86% increase in value. On the Madrid stock market the shares are listed at €12,37.
Merlin launched on the Lisbon stock market on the back of a dual listing operation which means its shares trading in Lisbon are the same shares trading on four Spanish indices.
It also means the return of a Spanish presence on the national capital markets which was common at the start of the century but ceased to be so when the last Spanish company, Santander left the PSI-20 in 2017.
In addition to the return of the Spanish, the floatation also represents the debut of real estate investment and management entities (REITS).
The REITS (SIGI) already existed in Portugal, but Merlin – which has an equivalent category in Spain (SOCIMI) — states that it prefers to apply for the status in Portugal at a later date when the regulations are more mature.
Under the terms of the law, SOCIMI has to distribute at least 50% of its profits from its property transactions and asset gains, as well as reinvest the rest over the following three years. It has to give 100% of its profits with subsidiary dividends and at lest 80% of remaining gains.
Shareholders have already received an interim dividend of €0.20 regarding the results of 2019, but the new Portuguese shareholders will also get a final dividend and a distribution of profits which would be a total of 32 cents.
The payout should therefore go up again, despite an expected fall in profits which Ismael Clemente attributes to the strong valuation that the assets had in previous years but is now beginning to cool. 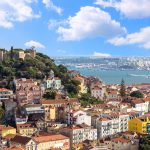 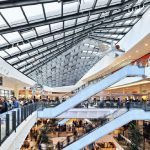 CBRE to manage three shopping centres in PortugalNews
This website uses cookies for a better browsing experience, in continuing browsing you're accepting their use. Read More