The Portuguese Association of Estate Agents and Real Estate Professionals (APEMIP) has called on the Government to exercise caution over proposed changes to Portugal’s Golden Visa scheme.

Since 2012 the ARI or Authorisation for Residency through Investment (Golden Visa) has netted the Portuguese State around €5Bn and has created business for estate agents and property professionals fears that the ‘geographical delimitation for positive differentiation’ will exclude regions that need investment.
“At the moment the market does not have additional information on the possible proposals or concrete measures. The introduction of a ‘positive differentiation’ is expected for this investment but it is not yet know where and by what form it will be applied, neither the geographic delimitation being considered,” states APEMIP in a communiqué.
The Portuguese government has long been considering making investment in property outside of Lisbon, Porto and the Algarve as a new prerequisite for the granting of residency status to non-EU nationals who apply for a Golden Visa in Portugal.
It has done this faced with mounting criticisms from both the European Union and the left-wing parties at home that the investment is not equally distributed to those parts of Portugal that need investment but is focused on Lisbon and Porto whose property markets are booming and do not need additional investment from the Golden Visa scheme which could lead to speculation and encourage over-inflated house prices that locals simply cannot afford.
In a reaction to the review of the ARI programme mentioned in the State Budget for 2020 with the goal of giving priority to investment in specific areas of the country, namely in low population density regions, Luís Lima, the President of APEMIP said he understood “this differentiation and investment stimulus in areas that need it”.
“For a long time I have been a supporter of decentralising real estate investment and really believe in the potential of our country. That said, I fear that the delimitation of areas that would benefit from this distinction would end up by leaving out other regions that also need incentives to attract investment,” says Luís Lima.
When asked if ‘Viana do Castelo or Leiria, for example, would be excluded, Lima said that it would be “most unjust and would have very negative consequences” if that were the case.
It also comes after a Lisbon administrative court upheld a lawsuit from the NGO Transparency and Integrity requiring the Ministry of Internal Administration (MAI) to disclose date on the Golden Visa scheme.
In a statement, Transparency and Integrity (TI) states that the suit was filed in April 2018 against MAI which by the decision of the court had 10 days to provide the missing information, however this has not yet been delivered to TI.
According to the Lusa new agency, Susana Coroado, the Vice-President of Transparency and Integrity said, “This ruling confirms the elementary right of the citizen to question their Government and to access information of relevant public interest — a right that MAI has repeatedly denied us for almost two years.”
According to TI, part of the global network of anti-corruption NGOs Transparency International, the information requested is important as the granting of Golden Visas has raised “criticism and alarm bells’ in the European Parliament, the European Commission and more recently from the European Economic and Social Committee over the risks of corruption, money laundering and even potential security threats they pose.”
At the end of last year, the Government proposed a review of the Golden Visa regime in 2020 favouring certain types of investment over others.
The Government says it will change thew scope of its application by favouring the promotion of investment in low population density regions as well as investment in urban regeneration, cultural promotion and in investment in activities of a high environmental or social value, in productive investment or in job creation.” 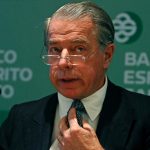 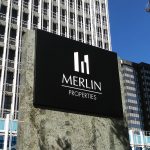 Merlin shares at €12:60 on Lisbon’s PSI 20News
This website uses cookies for a better browsing experience, in continuing browsing you're accepting their use. Read More