The charming boutique hotel is set in a three hectare garden with age-old trees on the Quinta da Boeira estate.
The hotel is a fusion between the classic and the modern whose origins hark back to the beginning of the 20th century when it was built as a town mansion and is today a Grade A listed building.
The construction area of the hotel covers nine of the total 27,000 m2 at the estate which was originally founded in 1850. The interiors have been entirely restored and refurbished in a total investment of €38 million.
The Quinta da Boeira Garden Hotel boasts 119 rooms and five suites, one of them measuring 180 m2. Work had begun on the project in September 2017 and is now complete with a bar, restaurant, indoor pool, spa, sauna, gym and a rooftop terrace area for events as well as a wine library.
The hotel will also operate as an art gallery and has created 60 jobs which this year will climb to 80.
The Boeira Garden Hotel has been designed as an eco-hotel making full use of alternative energy and ‘A+’ energy efficiency classification thanks to the use of solar panels, LED lighting technology and recyclable water systems that make savings of around 2 million litres of municipal water per annum.
Albino Sousa, one of the company’s directors says that the hotel’s target market is Scandinavia as well as sport teams who are looking for the perfect hotel for competitions and training placements.
It also boasts the largest bottle in the world measuring 32 metres in diameter which is the focal point for wine tasting sessions to promote the culture and cuisine from the region while combining wine tourism with culture through artworks from various countries. 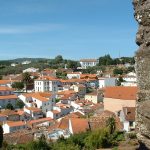 Most Golden Visa properties in Lisbon and CascaisNews 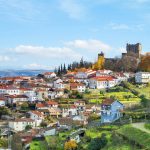 Government to provide relocation incentivesNews
This website uses cookies for a better browsing experience, in continuing browsing you're accepting their use. Read More