The Portuguese Government is to provide cash incentives to companies and individuals who move to the interior of Portugal.

The measure, to counter depopulation of interior areas of the country, was presented in the northern city of Braganza this week.
Companies which choose to relocate or set up away from large urban centres can benefit from financial incentives of up €82,000 over three years.
Individuals who opt to move to the interior regions to live and work can also apply for a grant of up to €4,800.
The line of finance will remain open until March 2020 according to the Minister of Employment, Welfare and Social Security, Ana Mendes Godinho who was launching the programme “Working in the Interior” this week.
The Minister said the aim was to provide financial incentives to get people to move to interior areas of the country suffering from low population density if they sign a job contract. The “sweeteners” range from between €2,600 and €4,800 depending on moving and setting up expenses and transport costs, as well as numbers of family dependents.
Ana Mendes Godinho added that there would also be a financial cash line for companies with up to 25% of the total costs paid and aimed at supporting job creation and taking on the unemployed — directly linked to work placements and the Return Programme (Programa Regressar). The main objective is to create an employment grant especially for the interior regions.
It means that the Government in practice will pay up to €6,500 per worker as well as funding work experience and training placements. As to people signing up to the Return to Portugal programme, the Government will also provide financial support to those who want to set up in the interior with offset supplements of up to 25% on setup costs. 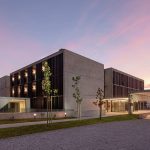 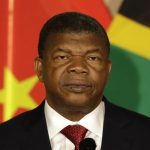 Angolan President will not bargain with Isabel dos SantosNews
This website uses cookies for a better browsing experience, in continuing browsing you're accepting their use. Read More