The Portuguese Government has backtracked on the date when a controversial new regulation restricting the issuance of Golden ‘investment’ Visas for property acquisition comes into force.

Faced with a torrent of complaints and criticisms after announcing earlier this month that Golden Visas through property acquisition in Lisbon and Porto would cease from March this year, it has decided to extend the deadline to 2021.
The announcement on the revised date was made by Tiago Antunes, the Deputy Secretary of State to the Prime Minister this week.
The move may or not have been as a direct result of pressure from estate agency, property development and investment associations such as APEMIP and the APPII which basically pointed out that the Government’s initial decision to restrict the issuing of Golden Visas for property investment to cities other than Lisbon and Porto would effectively kill off demand for the programme since Chinese, Brazilian and other wealthy investors had little knowledge, let alone interest, in investing in Portugal’s under-populated interior regions.
In fact, it emerged last week that limiting the visas to interior areas had already led to the cancellation of promissory contracts to buy and sell properties and even final contracts to acquire apartments or houses in large Portuguese cities.
Hugo Santos Ferreira, the Vice-President of the APPII (Portuguese Association of Real Estate Developers and Investors) told how his association had been inundated last week with a “deluge of calls” from overseas investors, particularly since Wednesday when the Portuguese parliament approved to restrict the issuance of Golden Visas through property purchases to put the brakes on upwardly spiralling house prices in Lisbon and Porto.
“On the day the measure was announced, many proposed purchase contracts and some exchange contracts fell through because of initial uncertainty and then confirmation of the measure approved in parliament as part of the State Budget 2020” he told TSF Radio.
Santos Ferreira said that he himself had received a phone call that evening after the measure was passed from a worried investor in Shanghai. “He was analysing the purchase of big ticket assets in Lisbon such as housing development for the middle classes and on hearing the news decided not go ahead.”
“If this was a Portuguese national investing in China or Brazil, he would be unlikely to invest in an interior that he did not know, preferring principal cities with recognised prospects of economic return and low on risk.”
Now, after a flurry of negative media stories, Tiago Antunes has admitted that it might still take some time for the new measure to legally come into force.
“In order for the new measures not to unduly effect applications currently underway, it makes perfect sense and is entirely justified for the measure to only come into force from the start of next year” he told TSF Radio.
The minister said he had been unaware of contracts that had been cancelled or suspended because of the new measures announced with the State Budget 2020 and said that in order to calm the property market it was important to “spread the word” that the new measure would only come into force from the start of 2021. 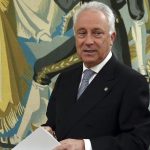 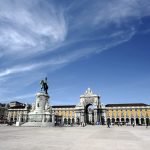 Lisbon property rental higher than some large European citiesNews
This website uses cookies for a better browsing experience, in continuing browsing you're accepting their use. Read More