A PSD member since the party’s foundation, Álvaro Barreto was Industry and Technology minister in 1978, took the portfolio again in the 1980s under Prime Minister Sá Carneiro while under Francisco Pinto Balsemão he was appointed minister for European integration.
He also served variously as minister of Agriculture, Foods and Fisheries, Minister of State, Minister of Economic Activities and Work, Commerce and Tourism and finally for the last time, under the short government of Pedro Santana Lopes served as minister of State, Economy and Work.
Barreto was also a business leader both before and after the 25 April Revolution. A civil engineer bu trade, he began his career for the CUF Group, went on to work for companies like the shipyards Lisnave and airline TAP (which he was chairman of), paper maker Soporcel, Tejo Energia, Nutrinveste, Sonae, Portugália and bank Millennium bcp, among many others.
He also was a member of various institutions and foundations from the Bissaya-Barreto Foundation, the Battle of Aljubarrota Foundation, a General Board Member of the University of Coimbra, Academy of Engineering and the Portuguese Institute for Corporate Governance. 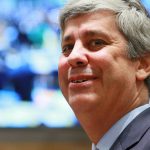 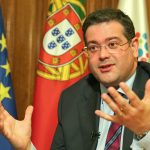 Portugal set for new exports boom despite BrexitNews
This website uses cookies for a better browsing experience, in continuing browsing you're accepting their use. Read More