An environment of historically low interest rates is adversely affecting the ability of Portugal’s banks to be profitable.

The result is forcing the banking sector to focus on more profitable but high risk segments of the economy says ratings agency Moody’s which was in Lisbon on Wednesday morning for the event Moody’s Credit Trends Lisbon and which was attended by around 200 investors, issuers and analysts at the Ritz Four Seasons Hotel.
Among the topics debated were: What are the biggest risk factors for global credit markets in 2020? How likely is a recession in the next 12 months? Which sectors are most exposed to default risk? How will the rise of populism affect the market? What are the main challenges in assessing ESG risk? What is the long-term impact of Brexit? What will be the endgame of the US-China trade war? How will disruptive transformation impact credit risk over the next decade?
Moody’s expects that the pressure will remain on the banking sector to be profitable because of low interest rates and added that, “Portugal’s banks are very vulnerable” in the current environment.
“There is a greater focus on the part of the Portuguese banks, as with other banks in Europe, to focus on segments that are high risk but more profitable such as consumer lending,” said Maria Cabanyes at the annual Moody’s conference. The analyst said that the sector would remain under pressure due to low interest rates.
The conference heard how Portugal’s banks had placed more emphasis on consumer and mortgage lending. In terms of consumer credit, a record amount of cash was loaned by the banks — the highest since the crisis of 2008.
In terms of mortgage lending, the banks lent out over €10.6Bn but Cabanyes believes that the profitability and capital levels at Portuguese banks will remain stable in 2020. The analyst also argued that the sector will remain focused on clearing toxic debts from the balance sheets and stressed that the situation today in terms of NPL (Non-Performing Loans) is much better.
In relation to the three banks Caixa Geral de Depósitos, BCP and Santander Totta, the forecasts are also stable, Moody’s stating that while the first two were undergoing a process of restructuring, Santander was in a position in which it has “systematically exceed expectations in the sector.”
The ratings agency said it would remain attentive to see what Portugal would do in terms of structural reforms and, above all, how it would reduce its public and private debt levels.
Portugal has been rated just one level above ‘junk’ status by Moody’s, meaning its investment status is still considered fairly high risk. In January when Moody’s carried out its last evaluation, it was widely expected that the agency would increase the rating, but instead it stated it would remain unaltered but make it clear to the Portuguese Government what it needed to do to improve the rating before it next evaluation in the summer.
“The kind of things we’re looking for to change Portugal’s outlook, obviously we’re watching fiscal trends, seeing what happens with Portugal’s debt, for example, also watching structural economic trends, particularly what the new Government decided to do with reform, and of course we’re looking at ongoing developments in the banking sector,” said Sarah Carlson, Head of Moody’s Sovereign Risk Department. 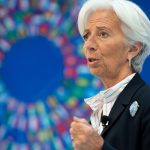 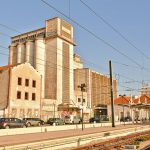 €50 million to transform old industrial buildings into luxury apartmentsNews
This website uses cookies for a better browsing experience, in continuing browsing you're accepting their use. Read More