Portugal is said to be investigating house purchases by Isabel dos Santos – daughter of the former long-term Angolan president Eduardo dos Santos – as the 46-year-old wanted for questioning in Angola over the Luanda Leaks dossier has posted a happy snap of herself and her husband posing on Valentine’s Day outside the Tan Mahal in India.

Ms dos Santos is being cited as an official suspect in an investigation into allegations of gross financial misconduct and money-laundering on a gargantuan scale reports Correio da Manhã.
Newspaper Sol alleges that a Portuguese ‘CID’ investigation has “detected that a large chunk of the money diverted from Angola’s State oil company, Sonangol in 2017 was applied to property purchases in Portugal a year later.
Seizure of these properties has now been requested by authorities in Luanda. Sol states that the properties are in Lisbon and the Algarve. The Portuguese ‘CID’ police investigators working under public prosecutor Rosário Teixeira have “connected the dots” in an exercise to ‘follow the money’ and are quite convinced the money used for their purchases came from Angola’s State Oil company.
The real estate has not been purchased in Ms dos Santos’s name but by an offshore company. This doesn’t “exclude the possibility” of Portugal ‘seizing’ the properties as requested by the Angolan Attorney General’s office.
Meanwhile, according to the newspaper Público, Isabel dos Santos has earned around €500 million in dividends in Portugal from her investments in leading Portuguese companies in which she is or was a shareholder.
In question is €239 million in payouts from Galp Energia and €189 million from telecoms firm Zon/Nos and €66 million from BPI.
In all, the Angolan tycoon netted around €494 million from dividend payouts from Portuguese companies via investments whose origins have been called into question.
However, given that Isabel dos Santos’ bank accounts have been frozen in both Angola and Portugal, and her goods have been arrested in Angola, the tycoon may never actually see the money because, in the case of Galp where she is a minority shareholder in a company controlled by Sonangol (where Isabel dos Santos is being investigated for ruinous management.
As to Nos, the situation is less clear over the future of her partnership with the telecoms company given that three people who represented her on the Board of Directors, Jorge Brito Pereira, Mario Leite da Silva and Paula Oliveira have already quit their positions following the Luanda Leaks revelations. 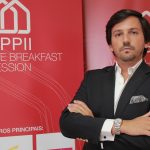 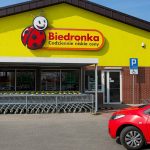 Jerónimo Martins rakes in €433 million and pays out 50% in dividendsNews
This website uses cookies for a better browsing experience, in continuing browsing you're accepting their use. Read More