Portugal’s Minister for Infrastructure and Housing had harsh words to say to opponents trying to scupper plans to build a new secondary international airport on the South bank of Lisbon’s River Tagus.

As guest speaker at the International Club of Portugal (ICPT) with a presentation on Friday on “The Challenges facing the Railways: Infrastructure, Services and Industry” Pedro Nuno Santos explained how the controversy and opposition to the selected site for Lisbon’s new secondary international airport at Montijo on the South bank of the River Tagus in Lisbon was “boycotting our own economic and transport infrastructure development”.
“We have been studying alternative locations for a new airport for 50 years with 17 locations examined and now, when it is down to me to oversee this project, it is hardly a joy to see people arguing once again over which of these locations is the perfect one” he said.
“We all understand that one of this country’s main problems is that we have the endemic ability to systematically boycott the development of this country and here we are, once again, at the 11th hour faced with a series of alternative possibilities to replace the option chosen because now it is considered a disaster for the country,” said Nuno Santos.
Since the Portuguese environmental agency gave the green light for Lisbon’s secondary airport to go ahead, there have been a number of opposing voices both within Portugal and without. The latest came last week when thousands of Dutch citizens (26,000) signed their names to a new petition calling for the Portuguese government to pull back from its “ecologically disastrous plan for an airport at Montijo.”
Concerns centre on the estimated 50,000 black-tailed godwits which reside in the area between January and February right next to the airport site and could sell disaster on a busy flight path.
This month too, it was widely reported that TAP itself didn’t want to fly to Montijo and neither did low-costs Easyjet or Ryanair – which have since recanted.
In fact, Expresso ran a story in which it discovered that none of the large airlines operating in Portugal wanted to fly to the future new Montijo airport, while TAP moaned Montijo would adversely effect its business strategy and that the only takers would be those airlines which couldn’t get a slot or space at Lisbon airport because of the existing over-capacity there.
And while supporting the building of a new international airport at Montijo, the national carrier TAP explained it won’t fly there because its business model is calculated on transporting trans-continental passengers to Lisbon (not Montijo) since it is “highly dependent on connecting flights to other carriers” and in the time taken in ferrying passengers to the other side of the river, it ran a high risk that those passengers would lose those onward connections.
On 8 January 2019, ANA (Aeroportos de Portugal) and the State signed an agreement to expand the airport capacity for Lisbon with a €1.5Bn investment to 2028 which would increase Lisbon’s existing Humberto Delgado international airport and turn the former airforce base at Montijo into a new secondary airport.

Access problems
At the end of January this year, the Portuguese Environment Agency (APA) announced that it would give the green light for the project with an Environmental Impact Statement providing around 160 measures to minimise the impact of the new airport were accepted by the Government and ANA which would place an extra €49 million on the final bill.
The Minister has admitted that the access routes to the airport site are “insufficient” under the current plan, to meet the needs of Lisbon.
“Obviously, ANA (the airport management company) understands that it must have a good relationship both with the Portuguese government and people, as well as with the cities from where airports under its management operate.”
Nuno Santos said he was convinced that the Government and ANA would reach an agreement so that the concession contract could be changed.
In the package regarding accesses, there are currently plans for a new road link to the A12, as well as two new Transtejo river ferries and a shuttle with a link between the river ferry station at Seixalinho and the airport.
However, it was one thing discussing accesses and another discussing locations for the airport itself, the Minister complaining that in recent arguments made it seems “like we are going back to the beginning” he said referring to a proposal that now the airport should be built further upriver at Alverca.
Supporters of the Alverca solution suggest that with a more restrained investment the State could turn an airbase at Alverca into an example of a model case study airport for other governments in Europe to follow.
José Furtado, an engineer who had worked on the Alverca proposal, has said it would be possible to create a proper international airport serving the whole of the Lisbon Metropolitan area. “Our suggestion is to widen and lengthen the existing runway from 45 metres now to 75 meters which would enable all types of aircraft, including transatlantic carriers like Boeing 747 and Airbus A380 to operate from there” he told an online news source Mirante.
“If the Montijo solution goes ahead, there will be many more planes flying over the city than now with all the attendant noise, whereas in Alverca the local population would hardly be affected because the flights would be closer to the water and what other runway in Europe offers that possibility,” he says.

Going round in circles
The Minister complained that local interests were fighting for the airport to be in one place or another like “fans fighting over the location of a football club” but with “serious consequences for the rest of us” he said, adding that various Socialist governments and studies had already discussed site options in the past with locations like Ota and Alcochete.
Nuno Santos said, “One of the criticisms made at that time was that it was a megalomaniac investment” that the country could ill afford and that Portugal, given its size and financial capacity, should invest in Portela +1 (meaning improve the current Lisbon facilities and build a smaller secondary airport relatively nearby).
“So now it looks once again that we are going full circle, to the “team” supporting Alcochete, the “team” supporting Portela and now “team” Alverca. We are running the risk or having a stalemate, delaying vital decisions on a project of great national importance” lamented the Minister.
Nuno Santos reminded those at the lunch that from the summer of 2020 up to 400,000 passengers would not be able to fly to Lisbon airport because “it is full and no longer has the capacity to take that number of flights” let alone process the passengers.
“Unfortunately, we are not a rich country full of millionaires with the luxury to take decisions that will harm the wealth-generating capacity of the country and I, as a member of the Government, have to take responsibility for the situation we’re in and I refuse to get involved in yet anther stop-start-stop-start situation over the location of this new airport” he said.

Row over TAP bonuses
At the lunch, at which the Chairman of the Board of TAP Portugal, Miguel Frasquilho, was present, the Minister said that the budget that the airline had presented to the Board for 2018 and 2019 had expected a profit but pointed out that the actual losses of €105.6 million registered was “not a budget deviation at all.”
“The budget for TAP that the Executive Commission presented to the Board for 2018 and 2019 expected a profit. What we saw was not a budget deviation at all – but from a projected profit, to a €100 million loss”, said the Minister of Infrastructure.
“It’s common sense to think, that faced with a situation like this, in which a profit is promised but the final result is a loss of over €100 million, that (TAP) would not be handing out bonuses as a measure of respect to the Portuguese taxpayer and the overwhelming majority of TAP staff who won’t be getting any bonuses at all,” said Pedro Nuno Santos.
When asked if the Government, which has a 50% stake in the national carrier — the other majority stake is owned by Brazilian entrepreneur David Neeleman – would not bonuses to a minority of staff of which 50% sit on the Board of Directors, Pedro Nunes Santos said that the State did not sit on the Executive Commission which had the say on payments policy.
“The only thing that I can say at the moment is that we are represented on the Board of Directors and that the Government wants to be very clear and assertive when it says that it is immoral to hand out bonuses to a small minority of staff at TAP who work at the top in a company that employs 10,000.”
When quizzed about statements made by TAP Executive President, Antonoaldo Neves that the company would not post profits for the next two years, the Minister for Infrastructure said that a company that made big investments by renewing its fleet of aircraft would “need a few years until the results of this investment strategy pay off in terms of profits”.
However, Pedro Nuno Santos admitted that the truth is that, “TAP continues to show astronomical losses which were not taken into account in the budget for 2018 and 2019”. 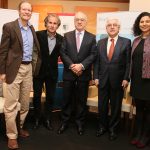 Trump and the US elections — a disruptive but not transformative presidentNews, Original 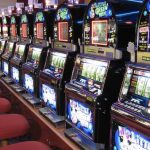 Casinos lose 65% of their gaming revenues in MarchNews, Original
This website uses cookies for a better browsing experience, in continuing browsing you're accepting their use. Read More