The charges will be up for debate on Thursday as banks made €40 million more than in 2018.
The debate will discuss 11 proposals from the political parties Bloco Esquerda, PCP, PS, PAN and PSD on bank charges and possible limitations charged on services such as MB Way, on the small print regarding loan contracts and unilateral changes to loans contracts.
According to the results from the main banks which operate in Portugal (with the exception of Novo Banco which will present its 2019 results by the end of the week), bank charges increased by €40 million between 2018-2019.
Caixa Geral de Depósitos (CGD), BCP, BPI and Santander Totta charges stood at over €1.5Bn for the 12 months.
BCP charges were €483.2 (+1.7%). Of the total value, bank charges rose 5% to €431.4 million, while charges related to markets fell 19.3% to €51.1 million.
BCP CEO Miguel Maya argued that the charges for MB Way transfer were “at a price” which corresponds to the service provided and is “transparent,” and compared MB Way as the bread and olives provided in a restaurant that could be free but are later paid for “with the main dish, soup or dessert.”
CGD made €414 million in charges (+5.3%). Of the total value charges from cards, payments and others rose 10% to €174 million, while charges for loans and on insurance and investment funds fell 7% to €133 million.
Insurance charges rose 19% to €57 million and charges on stocks, bonds and shares and assets management rose 16% to €51 million.
Santander Totta had revenues of €380.5 million from net charges, +4.8% on 2018 which the bank justified on the “favourable evolution of charges from means of payment and insurance.”
Last, BPI registered €257.9 million in net charges, down 7.2% on 2018. However, last year the bank sold its business from cards and other businesses which are no longer accounted for in its bank charges results.
According to BPI, excluding the sales, like-for-like charges increased €14 million in 2019 (+5.7%).
Between January and September 2019 Novo Banco made €229.9 in charges (-3%) on the first nine months of 2018.
Tomorrow (Thursday) Parliament will discuss proposals by BE, PCP, PS, PAN and PSD on the limitation or banning of certain bank charges such as MB Way. 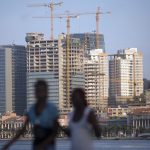 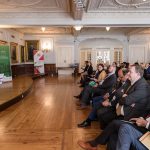