The International Monetary Fund is concerned about the exposure of Portuguese construction companies to Angola’s continuing recession.

The Angolan Government and other state entities currently owe construction companies an estimated €500 million.
The Luanda Government says it recognises the payment difficulties as it is taking longer than expected to pay off the debts from projects in the country.
The situation has worried the IMF mission in Angola and João Lourenço’s Government has already admitted that it is finding it difficult to settle unpaid invoices.
When the Angolan government asked for international financial assistance amounting to just under €4Bn, it pledged not to increase its external liabilities, settle its debts and implement structural reforms, introducing new contracting forms.
The Angolan Government has justified the delays in payments on the fact that the banks were having difficulties making transactions in US$. The Government also explained that in 2019 it had reached an agreement with a foreign private supplier to quickly pay off the payments in arrears, guaranteeing that in 2020 it would begin paying the other two main overseas suppliers with which it already had preliminary agreements.
According to newspaper Público, some Portuguese construction firms solved the problem by accepting payment in Angolan treasury bonds; others immediately received the money in Angolan Kwanzaa but lost up to 40% below the actual invoice amounts, while other firms are accepting payment in instalments. 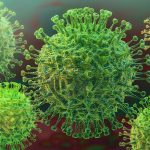 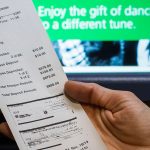 Bank charges €1.5Bn in 2019News
This website uses cookies for a better browsing experience, in continuing browsing you're accepting their use. Read More