Novo Banco is to request a further €1Bn from the Resolution Fund it was revealed today in the Portuguese parliament.

The announcement was made by the President of the Resolution Fund Luís Maximo dos Santos to recapitalise the bank which is two be sold next year by US vulture fund Lone Star.
“Evidently it is a very high amount, less than last year’s request which was also high,” said Luís Máximo dos Santos to MPs.
The amount that is being requested by the bank still has to be formally validated before the payment order is made.
The Fund has €255 million in own receipts from contributions made by all the other banks in Portugal.
This means that the Resolution Fund will have to ask the public treasury for up to €850 million in a loan to cover the shortfall to the limit foreseen within the State Budget for 2020.
In 2017, as part of the sale of 75% of the bank to Lone Star (25% is owned by the Resolution Fund), the State made an agreement for the bank’s recapitalisation by the Resolution Fund – a fund set up by the government — to cover the capital shortfalls created by the toxic assets that Novo Banco was saddled with after the collapse of Banco Espírito Santo in 2014 (NPL, Default Loans and Property).
According to this agreement, the Resolution Fund can inject up to €3.89Bn into Novo Banco by 2026. Regarding 2017 and 2018 the bank has already received nearly €2Bn. 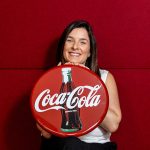 New GD at Coca-Cola in PortugalNews 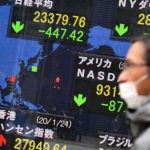 Lisbon stock market losses €5.1BnNews
This website uses cookies for a better browsing experience, in continuing browsing you're accepting their use. Read More