Portugal’s public debt increased by €2.3Bn to €252.1Bn in January 2020 according to information released by the Bank of Portugal on Monday.

It was the highest amount since September 2019 but in a statement signed by its Governor Carlos Costa the increase was largely down to the issue of sovereign bonds which were partially offset by a reduction in treasury securities.
In January, the Portuguese treasury institute IGCP launched a syndicated issue of Treasury Bonds with 10-year maturity dates in an operation that netted €4Bn of financing for the Portuguese State.
On the other hand, investments in State savings products plummeted by more than €650 million in the first month of 2020, with Treasury Securities losing €690 million.
The Bank of Portugal adds that assets in public administration deposits increased by €2.9Bn “so that net public debt deposits fell by €500 million in relation to the previous month, totalling €234.7Bn.”
The information follows news that the Portuguese Government had closed 2019 with a public debt of 117.7% of GDP, down 12.2 percentage points than had been estimated by the Government and the lowest since 2011.
This was achieved not only through a reduction in nominal debt but also by the positive performance of the economy. In 2019 the economy grew 2.2%.
For 2020, Mário Centeno expects another fall in public debt to around 116.2% of GDP. 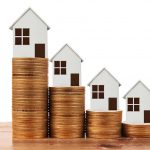 Portugal has lowest inflation rate in the Euro ZoneNews 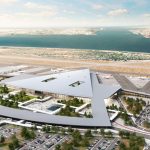 Prime Minister intervenes with mayors over new airportNews
This website uses cookies for a better browsing experience, in continuing browsing you're accepting their use. Read More