Portugal has lowest inflation rate in the Euro Zone

The annual inflation rate in the Euro Zone fell from 1.4% in January to 1.2% in February while in Portugal it fell from 0.8% to 0.6%, the lowest and on a par with Greece.

According to preliminary data published on Tuesday by Eurostat, the EU’s official statistics office, from the 17 countries from which statistics are available relative to February, Portugal along with Greece had the lowest inflation rate (0.6%), registering a fall of two-tenths of a percentage on January 2020 (0.8%).
The highest annual inflation rates were observed in Slovakia (3.1%), Lithuania (2.7%) and Latvia (2.3%).
Among the items most susceptible to inflationary pressure in the Euro Zone are food and beverages, alcohol and tobacco which had the highest in February (2.2%) compared to 2.1% in January), followed by services (1.6%), slightly above the 1.5% seen in the first month of the year.
Eurostat will publish the complete and updated data on the annual inflation rate in the Euro Zone on 18 March. 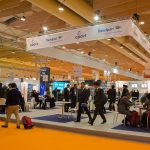 Portugal Travel and Tourism Fair to go ahead despite CoronavirusNews 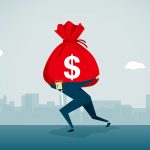 Public debt increased by €2.3Bn in JanuaryNews
This website uses cookies for a better browsing experience, in continuing browsing you're accepting their use. Read More