Portugal’s Civil Protection authority has given the thumbs down to a controversial site for Lisbon’s new secondary International airport.

ANEPC says that the site at Montijo on the South bank of the River Tagus at Lisbon has a “high susceptibility to risks from earthquakes, tsunamis, collisions with birds and other aircraft”.
The National Authority for Emergency and Civil Protection (ANEPC) has issued a negative report on the Montijo project citing the reasons above.
“Aware of the issues identified in consideration of the paragraphs pertaining to the safety of people and goods, ANEPC is not in favour of the overall content of the Environmental Impact Study in its current form,” states the Civil Protection report regarding the project’s environmental evaluation proceedings document entitled “Montijo Airport and Respective Accesses”.
The document was sent to the Portuguese Environmental Agency (APA) dated 11 September 2019 and released to the public on Sunday by the ‘Civic Platform BA6 – Montijo No!’ set up in June 2018.
According to ANEPC the construction area for the new Montijo airport project location covers “areas of the Montijo district classified in the Civil Protection & Emergency Plan for that municipality and is classified as highly susceptible to some natural risks,” namely seismic risks and tsunamis.
The Civil Protection organisation states that pressing ahead with a project of this nature represents an “aggregated factor to already existing vulnerabilities” according to its spokesperson General-lieutenant Carlos Mourato Nunes who also warns about new levels of risk and populations exposed to those risks because of the “increased number of people that would be living and working in the area” associated to the new airport, as well as to the millions of passengers using the facility from the moment that the new airport would open, and which would “take on a very significant degree of associated risk.”
Therefore, the “construction of Montijo airport should not be extraneous to the definition and implementation of measures to minimise the risk or accidents and catastrophes within the project”, states ANEPC, stating that the risks will have to be identified and offset beforehand by preventative features and mechanisms so as to better ensure the safety or people and goods.
In ANEPC’s opinion the current Environmental Impact Study both in terms of the construction and operation does not describe clear guidelines on how to prevent and deal with any of the potential incidents and disasters flagged up by Civil Protection in its report
Although it admits that the risk of an earthquake is “minimal” in both the construction and operation, it says there are wider concerns regarding collisions with flocks of birds (the airport is next to one of the largest bird wetlands in Europe)
In its report, the APA and Civil Protection call for measures for defining and implementing internal airport emergency plans rather than “sweep security conditions affecting people at risk under the carpet” such as establishing concrete evacuation mechanisms to be applied for the project at both the construction and operation phases for the different accident and disaster scenarios outlined. 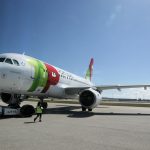 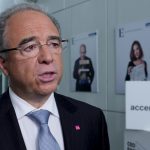 BCP president snaps up 500,000 shares at knock-down pricesNews
This website uses cookies for a better browsing experience, in continuing browsing you're accepting their use. Read More