A €250 million acquisition of Portuguese bank EuroBic by the Spanish bank Abanca will go ahead despite disruptions in the market caused by Covid-19.

The Novel Coronavirus has already affected some acquisition and merger operations, cancelling them, as was the recent case with the Public Acquisition Offer by Cofina for media group Media Capital (TVI).
“The (EuroBic) operation will proceed as planned and Abanca has made a commitment to this acquisition”, states an official Abanca source.
The same source told ECO online news that the due diligence process into EuroBic’s financial situation will proceed and that the work would be concluded by April. Only once this is complete will everything be decided.
The decision that Abanca would buy EuroBic was made by EuroBic last month which stated that the deal would enable the shareholder stalemate created after Angolan tycoon and shareholder Isabel dos Santos had announced that she would leave the bank in which she held a 42.5% share following the Luanda Leaks scandal, to be broken.
The actual commitment to buy EuroBic by Abanca was actually recorded in a photo session showing the CEO of EuroBic, Fernando Teixeira dos Santos, Chairman of Abanca Juan Carlos Escotet and CEO of Abanca signing a Memorandum of Understanding between the parties.
On the completion of due diligence, if Abanca proceeds with the acquisition of EuroBic, the regulators will then have to be informed about the purchase before it can give the seal of approval.
If it does, Abanca is unlikely to face opposition from either the Bank of Portugal or the European Central Bank (ECB). The Governor of the Bank of Portugal, Carlos Costa confirmed last week to parliament that the Spanish bank’s offer is “credible and interested”.
Carlos Costa added that Abanca was not an “unknown entity” in Portugal, saying that the Spanish bank had recently bought the Caixa Geral de Depósitos branch network in Spain and Deutsche bank’s branches in Portugal and that in all these cases a ‘Test of Suitability and Good Repute’ had been submitted.
“Unless something surprising happens, which is unlikely, I would have thought that Abanca will get the authorisation to acquire EuroBic from the ECB and Bank of Portugal,” said Carlos Costa. 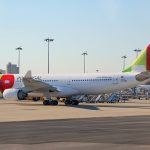 TAP in crisis without parallelNews 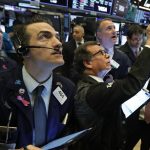 BCP leads stock market fallsNews
This website uses cookies for a better browsing experience, in continuing browsing you're accepting their use. Read More