The Governor of the Bank of Portugal, Carlos Costa, has called for the European Central Bank to issue eurobonds to deal with the economic fallout from the current coronavirus crisis.

Carlos Costa said that the emergency situation Portugal and most other European countries justified the issuing of eurobonds.
In an opinion article published in Jornal Económico today, the Governor of the Bank of Portugal also calls for the State to give bank guarantees so that the banks can continue lending money to companies and families affected by the economic effects from the pandemic.
This would ensure, he said, that the economy would continue to have liquidity and that the European economy would not descend into an economic crisis and deep recession.
“On the budgetary side, this is a challenge common to all, The EU must make the necessary capital cash injections to keep the economy afloat, including economic support policies in each one of the member states should therefore involve innovative measures such as issuing EU bonds — eurobonds – as has already been suggested by various European leaders and has even been given a name: ‘coronabonds,’” he said.
The Governor of the Bank of Portugal, who quits his post in the summer after a highly criticised and controversial mandate which earned him the nickname of Mr. Magoo after failing to take adequate action over a series of ruinous bank lending scandals, said that monetary policy was “not enough” and that State assurances to the banking system in Portugal would be necessary.
Carlos Costa added that monetary policy was already being “actively followed in the field” after a raft of measures without precedent had been adopted to ensure liquidity to the financial sector.
An example is the decision by the European Central Bank Board of Governors to set up a bold Pandemic Emergency Purchase Programme – impressive in terms of size, flexibility, duration and commitment for families, companies, banks and governments in the Euro area.
The Governor says it is necessary, but not enough, and believes that Europe will only be able to get out of the crisis if the financial sector continues to inject money into the economy.
However, for this to happen, governments must “establish public guarantees” for the credit loaned to companies and families affected by the crisis.
“It is absolutely fundamental that the financial system, and in particular the banks, keeps lines of credit open and continue to approve new loans, as well as showing willingness to allow repayment freezes in terms of interest and capital amortisation and extending the payback periods on loans granted,” stresses Carlos Costa.
“In order for that to work, it is important to minimise capital consumption and mitigate credit risk which means the Government standing as guarantor of last resort for credit, namely through financial institutions or public budget guarantees, making use of the flexibility that the European Commission promptly introduced to rules governing financial support to EU member states and on budget rules” he continued.
Carlos Costa believes that, “We are facing a transitory situation” where it is necessary to have “sufficient muscle” to “cross this river of difficulties” and get back to normal.
The interview comes after the European Central Bank (ECB) launched an emergency €750Bn package to ease the impact of the coronavirus on the economy.
It will buy Government debt and company debt across the eurozone, including from Greece and Italy with ECB chief Christine Lagarde saying, “There are no limits to its commitment to the Euro.” 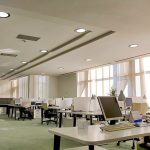 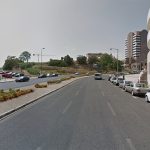