The Portuguese economy has shut down with much industrial and presentially activity in the market grinding to a halt because of the coronavirus pandemic.

By Thursday, shops, factories and many office-based businesses had shut their doors with businesses preparing layoffs, a shift towards remote working from home, with some bosses even asking non-essential staff to take holiday time early.
Scores of multinational retail firms have shut down including Ikea, Inditex, Primark and Calzedonia. Scores of restaurants have either closed or are opting for home delivery or take-away collection only
Some industries, such as automotive component company Yazaki in Ovar – a town in the Alentejo currently under total quarantine — sent 2,200 staff home.
In the north of Portugal, the pleasure river cruise operator Douro Azul suspended its entire fleet of 42 cruise boats throughout the world, including the 12 it operates on the Douro river, with around 1000 staff land bound.
“At the moment our business turnover is zero” admitted Mário Ferreira to the business daily Negócios, estimating that revenue losses currently stand at around €25 million and then, only if things get back to normal by the beginning of May, which he isn’t holding his breath for. Losses, he fears, could reach €83 million if the situation remains the same until the end of the year.
Three Thai factories in Portugal operated by the company Aapico which employ 750 people and also produce car components, could initiate a stoppage at any time. “European car manufacturers have announced a suspension on assembly lines until the end of March to the beginning of April. That means that for this period there will be no transactions and may force us to shut down too” said Jorge Fesch, President of the Portuguese operation.
“We don’t have some raw materials like alcohol, paint or scrap steel not to mention the transport chain” he added.
Rafael Campos Pereira, a spokesperson for the metallurgy and metalworking industry said that most sector companies were continuing to take orders and “being able to continue working is extremely important for the economy to remain operational.” 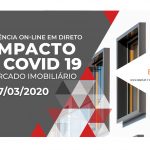 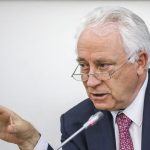 Bank Governor calls for EurobondsNews
This website uses cookies for a better browsing experience, in continuing browsing you're accepting their use. Read More