The Portuguese president of the group of EU finance ministers, Eurogroup, is to meet with its representatives on Tuesday to look at member state options in counteracting the effects of Covid-19 on Europe’s economy.

Various forecasts have predicted a deep recession and the Eurogroup meeting will discuss how EU member states can coordinate their measures to deal with the expected economic crisis.
Mário Centeno announced the meeting in a tweet saying that the meeting comes after the President of the European Commission had proposed for the first time in European Union history, to relax budgetary rules so that countries could tackle the crisis. In other words, giving carte blanche to open the purse strings.
“Eurogroup will consider options to add a new line of defence against the coronavirus as part of our coordinated crisis response, following a mandate by leaders this week. We will convene via videoconference, Tuesday at 18:30 CET” reads the tweet.
One of the measures that could be on the table is regarding to the possible issue of joint debt at an EU level — the so-called Eurobonds. To thereby stimulate economic recovery, a measure supported by the Italian Prime Minister, Giuseppe Conte to the other European leaders at the EU Council meeting held on Tuesday last week.
The possible solution is the so-called ‘Eurobonds’, a pooling of Euro Zone debt and a measure which countries like Germany have already shown some willingness to enact.
One day before this Eurogroup meeting in Tuesday there will be a teleconference between the EU’s economy and finance ministers (Ecofin) where the Eurobonds proposal will be discussed on Friday by the President of the European Commission, Ursula von Der Leyen and an “unprecedented” relaxation of EU member state budgetary rules to enable them to “provide financial stimuli” to their economies when they need to. In other words pump money into the economy.
“We are freeing up budgetary rules to enable countries to do what they need to do,” said Ursula von Der Leyen, thereby giving the green light to national governments to introduce as much financial stimuli that they require,” she said.
On Friday, Prime Minister António Costa announced a raft of economic and social measures to offset the effects of the pandemic on Portugal’s economy over the next three months including a €3Bn fund which companies can access providing they don’t make staff redundant. 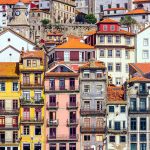 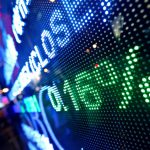 CMVM admits banning speculation on falling sharesNews
This website uses cookies for a better browsing experience, in continuing browsing you're accepting their use. Read More