The Government has decided to press forward with an order to suspend rental contracts due to expire in a move to protect families during the coronavirus pandemic.

“It is our duty not only to face this pandemic outbreak but, at the same time, reassure families and companies,” said Portugal’s Prime Minister António Costa on Friday evening, adding that the economy would be rebooted in June.
In terms of families, it is one of the Government’s measures that was announced after a Council of Ministers meeting held on Friday which was to “suspend expiry dates on rental contracts that were due to expire over the next three months, since now was not the time to increase worries at this difficult time, particularly the worry of having to look for somewhere else to live.”
“When we are asking people to stay at home, it is certainly not the right time for people to be out and about looking for homes. It is the time for people to be safe in the knowledge of their rights to housing,” said António Costa.
In addition to this measure, and again aimed at families, the prime minister announced the automatic renewal of unemployment subsidies which are being paid, as well as benefits for the elderly and social inclusion benefits, all of which will now be automatically renewed.
Regarding suspension of interest payments and deferments on payments on the principal on loans aimed to help families with other financial responsibilities such as housing, António Costa said that the Government is currently working with the Bank of Portugal and the Portuguese Banking Association so that the banks could use the room for manoeuvre offered them by the European Central Bank as much as possible to renegotiate contracts on loans.
He added that the “banks had every interest in this moratorium working,” emphasising that the banks needed to “ensure their clients survived and create the conditions whereby clients could meet their contracts.” 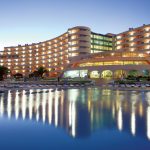 COVID-19: Half of Portugal’s hotels to close this weekNews 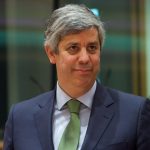 Mário Centeno to call Eurogroup meetingNews
This website uses cookies for a better browsing experience, in continuing browsing you're accepting their use. Read More