The chairman of the Eurogroup and Portuguese finance minister Mário Centeno, announced the deal last night after round-the-clock negotiations in Brussels.

But the ministers fell short of proposals from France and Italy to divide the cost of the crisis by issuing ‘Coronabonds’.

The package is smaller than the €1.5Tn the European Central Bank had suggested.

However, the French Finance Minister, Bruno Le Maire, hailed the agreement as the “most important economic plan in EU history”.

“Europe has decided and is ready to meet the gravity of the crisis,” he tweeted after the talks.

The main component of the rescue plan involves the European Stability Mechanism, the EU’s bailout fund, which will make €240bn available to guarantee spending by indebted countries under pressure.

The EU ministers also agreed other measures including €200bn in guarantees from the European Investment Bank and a European Commission project for national short-time working schemes.

Ministers were close to a deal on Wednesday, but the talks broke down and had to be resumed a day later, amid a dispute between Italy and the Netherlands over how to apply the recovery fund.

The coronavirus pandemic has exposed deep divisions in Europe, where Italy and Spain have accused northern nations – led by Germany and the Netherlands – of not doing enough. 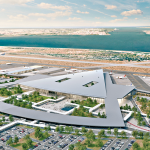 Government doubles credit lifelineNews
This website uses cookies for a better browsing experience, in continuing browsing you're accepting their use. Read More