New doubts have been cast on the viability of Lisbon’s second international airport project on the city’s south bank of the River Tagus.

The company responsible for managing Portugal’s airports through its local subsidiary ANA, the French group Vinci, has announced that it will reduce costs and “delay investments in all countries.”

According to the business daily Jornal Económico, the project for a complementary airport to Lisbon’s Humberto Delgado “could be one of the casualties”.

JE alleges that Vinci is already negotiating its investment plans with the Government in countries in which it has airports.

On quizzing the Ministry of Infrastructure and Housing, JE says that the reply it received was that “ANA has not asked the Government for any kind of delay to investments underway or planned.”

But the news site stresses that this “has to be on the table” bearing in mind the evolution of the pandemic and the fact that no-one knows how long it will last, nor how intense things will become.

As for Vinci, “The damages caused by the pandemic are already visible”. Company bosses admitted last week that they were not going to be able to achieve objectives for 2020. A general assembly planned for April 9 has been suspended with no alternative date yet announced.

If it was just a question of ‘walking away’ from investment plans, the future might look manageable, but JE explains that the legal maze tying ANA and the Portuguese State together over Montijo “has become very difficult to understand or explain,” according to various specialists in the sector ‘who prefer to remain anonymous’. It’s such a tangle, says JE, that even “some lawyers lose track of the thread”.

On paper the investment was going to involve €600 million rising to €1.3Bn taking into account restructuring work planned for Humberto Delgado.

There have been a series of contracts and concession agreements binding the parties together for years into the future.

The one good thing, according to the experts, for ANA/Vinci is that the context of a pandemic is one of the conditions they can use to wriggle out of their obligations be these for investment in Montijo or Humberto Delgado.

JE’s ‘expert sources’ have actually mooted the possibility that Vinci could lose so much income as a result of this crisis that it could request a bailout from the Portuguese State but that is an “extreme case scenario” says JE.

Covid-19 and its effects are not the only clouds on Government plans for Montijo.

There are numerous court actions attempting to block the construction of the airport and a massive wall of civic opposition, particularly from two local councils which still hold the power of veto.

ANA airports authority, in the meantime, has presented its workforce with various options, including ‘time off without pay,’ the chance to take ‘early holidays’, a three-month reduced work schedule and salary reductions.

Writing to the workforce on March 31, CEO Thierry Ligonnière admitted that the measures being bought in were “probably insufficient” to protect jobs unless there is a full recovery of business in the short-term. 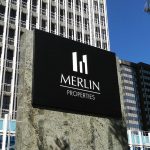 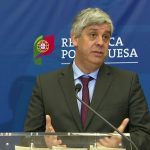