Up to 30% of Portugal’s mainly small and medium size companies will face extreme difficulties in surviving the shutdown of the economy and expected recession according to the President of Portugal’s largest retail bank Millennium bcp.

Talking on RTP’s ‘Pros and Contras’ weekly debate programme on Monday, Miguel Maya said, “It is obvious that there will be casualties. We will have companies that are not going to survive. We have a vast number of companies in Portugal that have already gone through extremely difficult times (namely the 2008-2014 crisis) and faced a lot of problems paying the debts they had accrued, and many of them will not be able to cope with additional debt” he said.
However, he stressed the position of the banks in Portugal was not a case of good cop bad cop with the small businesses and consumers on the one side and the banks on the other, i.e, banks versus the Portuguese economy.
“We have received many thousands of applications for credit from credit lines and have successfully processed 17,000. That’s over €3Bn” he said on the question of financial aid for SMEs.
“In my opinion, the money must applied wisely and put to good use, which is why the banks have a criteria to decide how, how much and to whom to lend the money” said Maya.
“We have to find other solutions for those companies which are not viable and the reasons why they are not. It could be because of a borrowing and repayment crisis or lack of cashflow, but there has to be another way that is not the money from these credit lines.” Maya added.
The banker said that 30% of Portugal’s companies have negative balances. “If they already had a very high debt, how are they going to pay another debt on top of the existing one?”
“All those companies that did not adapt to new business models, have clung on to a past that has vanished, and have not grasped the structural changes in society, or have not been able to adapt to these changes, will have great difficulty in surviving this crisis” he said.
In the fourth quarter of 2019 Millennium bcp recorded profits of €31.7 million and €100 million at the end of the third quarter of the same year.
The largest retail bank in Portugal, Millennium bcp’s main shareholder is the Chinese company Fosun with around 27%, followed by the Angolan petroleum company Sonangol with 19.5% of the share capital.
The investment fund Blackrock holds around 3% and EDP has 2% with the remainder held by minor shareholders according to information on the bank’s internet site. 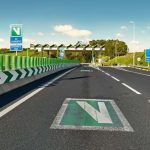 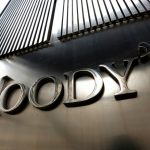 News In BriefEconomy, News
This website uses cookies for a better browsing experience, in continuing browsing you're accepting their use. Read More