Almost 80% of hotels and tourist accommodation suffered cancellations in bookings for the period March to August.

According to TV news channel RTP 1, most of the cancellations were made by Portuguese guests, followed by Spanish, French, German, and British holidaymakers.
The National Statistics Institute’s preliminary figures for April show that Madeira is the worst affected with a 91% fall in bookings. In the hotel segment, 93% of all accommodation establishments suffered booking cancellations because of the pandemic.
Overall, the pandemic caused a 50% fall in tourists in March with an 80% fall in visitors from Italy and China.
In that month the NSI (INE) recorded a total of 701,000 guests in hotels, representing a fall of 49.4% like for like on 2019.
Of this total, the majority were overseas visitors, but it was the number of residents in Portugal that shrank the most: 395,100 overseas tourists, down 48.8% on 2019, 306,000 national tourists, a decrease of 51.2% like for like.
These March numbers meant a cut of 58.5% to 1.9 million beds mostly due to a fall in non-residents by 59.2%, while residents fell 56.9%.
While the Algarve and Lisbon were the most popular regions to holiday in, the Centre and Lisbon regions saw the worst falls because of the Covid-19 pandemic.
The British led the way in terms of bookings uptake (260,000) but had fallen by 54.1%. Next came the Germans (212,000), a fall of 58.3%, followed by the Spanish (105,900), down 66.1% according to the NSI in its figures for March. 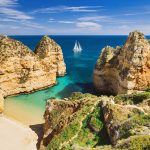 Pundits discuss impact of Covid-19 on tourism: “no return to normal until vaccine is found”Economy, News, Tourism 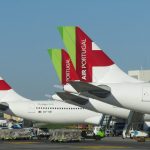