VIC Properties is to invest up to €500 million in the purchase and renovation of Herdade do Pinheirinho.

The estate covers a 200 hectare parcel of land will include hotels, detached villas, apartments, shops and a golf course as well as direct beach access.
The Herdade do Pinheirinho is located at Melides, near Grândola and plans are to completely overhaul an initial project first launched 10 years ago.
All told, from the redesign and refocusing of the project and the acquisition of the estate, the developer is expected to fork out between €450 million and €500 million.
The developer says it is “reevaluating the studies and existent use of the estate” which for the time being has outline planning permission for a hotel, 450 houses and 250 apartments next to a golf course which is already operating.
Once it has defined its strategy, VIC properties will begin developing the project. When initially launched before the 2008 financial crisis, the herdade promised to create 2,000 jobs. However, the project had been financed by the Banco Espírito Santo Group which collapsed in 2014 leaving the project as a €140 million debt for Novo Banco, the bank that was created by the Government in 2015 to serve as a good banks containing viable assets.
Later, the bank made its stated intention to sell the estate when an ex-Donald Trump associate, Ricardo Bellino showed an interest in the project. In 2019 the Brazilian entrepreneur offered €100 million for the asset and even then said that that had been 30% above the market value.
The CEO of VIC Properties, João Cabaça justified the purchase on the “increasingly strong trend” for owning or renting second homes “surrounded by nature that people will want in the future, ones with space and open air, where sports can be practised.”
In addition, the estate is only an hour’s drive from Lisbon and will join a portfolio which includes Prata Riverside Village and Matinha, both in Marvila, Lisbon.
. 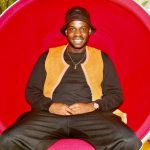 The advertising outlierCompanies, News, Recommended
This website uses cookies for a better browsing experience, in continuing browsing you're accepting their use. Read More