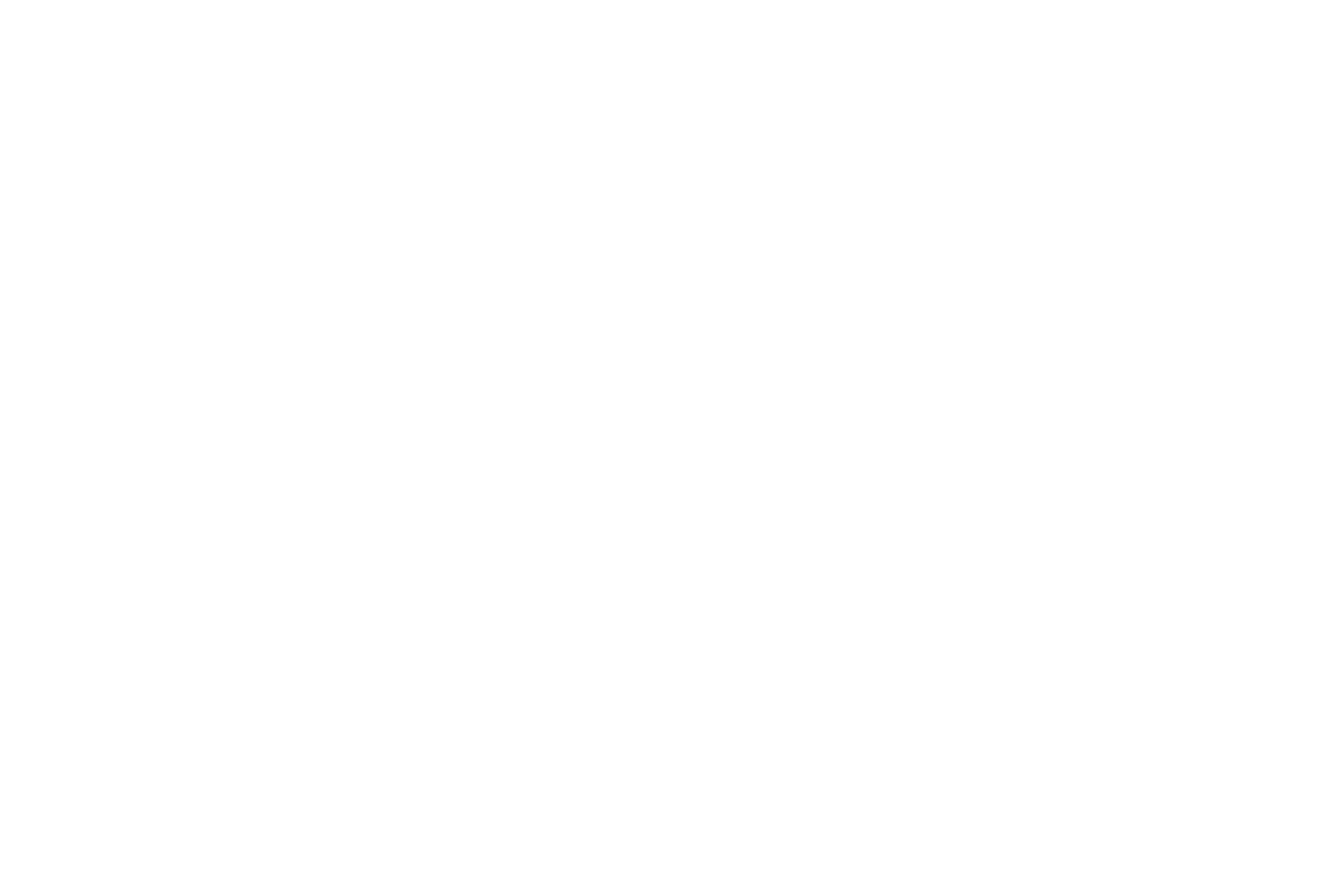 The International Club of Portugal is more than a networking club for business leaders. It is the place where investors, the media and diplomats gauge the business mood of the country and look for changes in Government policy direction. Essential Business talks to its president and founder, property investor Manuel Ramalho.

Since it was founded 15 years ago, the International Club of Portugal has played host to most of the great and good in Portugal’s political, diplomatic, economic, cultural and sporting society. From ex-presidents of the republic and current prime ministers and members of the government, to media personalities, sporting celebrities, filmmakers, high-ranking military figures and ambassadors from many nations around the world.
The club regularly organises lunch events with guest speakers of renown for groups of anywhere between 100 and 300 members and guests. But what was the club’s genesis and what of the man behind the ICPT?
“I have always had a very deep passion for associativism, for all those organisations that bring people together, particularly people from different political, religious, financial, cultural, and professional circles. People from a broad range of nationalities and the widest areas of knowledge,” says Manuel Ramalho.
The ICPT president says he has held this passion from an early age, when he attended primary school and organised events such as picnics and discussions with his school fellows involving even the teachers and parents of these school friends.
In fact, he says it wouldn’t be an exaggeration that he did so to such an extent that he was a “born group organiser” as though it was in his DNA.
Happily, Manuel Ramalho has retained many friends from his childhood with whom he still mixes and talks about what he calls his ‘vocation’ when they meet up.
Manuel Ramalho organised events, particularly in the groups which they were in, but he noticed that there was “something which sometimes aroused conflicts of interest among us, because we didn’t know each other well enough,” he says.
“I formed a deep conviction that the overwhelming number of situations that separate people, countries and institutions occur because of a lack of communication between parties. When we communicate, obviously we can identify many different points of view, but also a lot of things that unite us” he explains.
The ICPT president says that unfortunately a tendency exists to maximise ideas that separate people rather than those they have in common.
On the other hand, he believes we have to learn to live with a diversity of opinions and points of view, while never creating reasons for not getting on well with one another.
Later on, despite his busy professional life as a property dealer, Manuel Ramalho found time to be involved in the foundation of several associations both in Portugal and overseas, an example being the respected ANJE – National Association of Young Entrepreneurs, in which he was a member of its first governing body.
Today, Manuel Ramalho is a member of many business, cultural clubs and chambers of commerce, including the American Club of Lisbon and the American Chamber of Commerce in Portugal (AmCham), the Academia do Bacalhau de Lisboa and the Grémio Literário.

The International Club of Portugal

Manuel Ramalho says he founded the International Club of Portugal (ICPT) because there had not existed in Portugal, not even in a centre famous for its associations and clubs like London, a club or association geared towards cultural and international diversity.
Up until then, there had been associations and institutions which focused on a particular professional group for lawyers, economists or nationalities such as the Angola or American clubs.
“I even noticed this in London because I visited many clubs where the members had interests in a specific area. There didn’t seem to be a club celebrating diversity in that great world capital of associativism” he remarks.
“I thought there needed to be a club where people with different interests, expertise and knowledge and of different nationalities, with different cultural backgrounds and financial realities would fee at home,” he explains.
“And if members of such a club could mutually become wealthier by sharing with each other their awareness and knowledge, if it didn’t exist, which according to the research I did at the time, it didn’t anywhere in the world, let alone Portugal, then one needed to be created” says the ICPT president.
In short, there is today no club that is so all-embracing as the International Club of Portugal, that is frequented by sports personalities, opera singers, football managers, economists, politicians of every shade of political opinion, bullfighters, bankers, great business leaders, ambassadors and people of all nationalities.

The international Club, having achieved much over the past 15 years, is constantly on the national and sometimes international agenda.
But the ICPT president admits that it has so far only achieved around 10% of what he wants it to achieve. “There’s still so much to do” he says, and one such objective is to attract speakers from overseas. “We will start to have speakers of other nationalities”.
So far, it has enjoyed international after lunch speakers, but these have tended to be ambassadors such as those from the US, China, Israel, Italy, Angola, and in the near future the ambassadors of the United Kingdom and Israel, but also past speakers such as the CEO of Euronews, Michael Peters and EU MP Charles Tannock.
Manuel Ramalho recalls the unprecedented occasion when the ambassador of Cuba and members from the Cuban embassy were sat on the same table as guests from the US embassy in Lisbon at a time when the two countries had yet to begin a dialogue towards improving bi-lateral relations.
Another occasion highlighted was a lunch at which people linked to the Angolan government were sat on the same table as those with the NationalUnion for the Total Independence of Angola (UNITA) – both representing parties which had been, in the not too distant past, involved in a bloody civil war that had torn the country apart – and which had never occurred before.
And the ICPT president reassures that the club is making contacts with other great speakers in different areas who have nothing to do with the diplomatic corps.
“This requires a lot of logistics and resources, particularly financial, because it implies international travel and accommodation but we are working on this,” says Manuel Ramalho.

One area in which the International Club has been involved in is the setting up of reciprocal protocols with institutions in different countries so that the club’s members who tend to travel extensively, can attend other clubs in London, New York and São Paulo and enjoy the same access to benefits of membership that they currently have at the ICPT.
“This means that when the members of these overseas clubs and institution come to Portugal, they will be able to attend our events” says Manuel Ramalho.
Next year the International Club also plans to have premises where club members can lunch, have access to a bar and from which they can set up small meetings.

Careful management of expenditure, balancing the receipts that members pay to attend an event is not always easy. Manuel Ramalho admits that these revenues are sometimes less than those which the club has to pay the hotel where most of its events are held – the Double Tree by Hilton Lisbon.
Then, there are other necessary expenses, the sound technicians, musicians, photographers, the administrative staff.
“Fortunately we have a high number of members, including corporate members which pay their membership fees and the help us to meet our running expenses and overheads” says the ICPT president.
The ICPT is also lucky to have important sponsors such as the security firm Grupo8 Segurança, the real estate developer AM48, Carclasse, the multivalence Grupo Bel, Leaseplan and Duartare.
“Six sponsors is the limit from my point of view. We actually would have to think carefully about accepting more sponsors, otherwise we wouldn’t be able to give them the adequate care and attention warranted for the investment support they give us” says Manuel Ramalho, adding that the club also has 14 media partners including many of Portugal’s main national newspapers and several sector and lifestyle magazines.

Manuel Ramalho stresses that the International Club of Portugal and its members have always organised or supported different charitable causes and social solidarity organisations over the years, with up to €10,000 awarded to each from donations from the club, and the president makes a point of saying that it has never applied for state subsidies.
Manuel Ramalho imparts a message to other associations and clubs of which he is familiar with most of them. “In Portugal there still remains among some leaders of such associations and clubs a certain distrust of the competition”.
“It is important that associativism doesn’t descend into a kind of football game mentality where one has to win and other lose. All associations and clubs which have a genuine interest in contributing to and strengthening civil society should celebrate this culture of associativism” he says.
“We should have good relations with each other, and the more events we hold where we instil these habits in Portuguese society, the better” the president of the International Club of Portugal concludes. 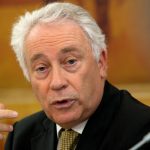 Centeno could be “great bank of Portugal governor”Banks, Economy, News 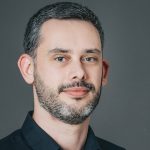 Bridge In wins €100,000 in pre-seed financingBusiness, Economy, Expansion, Funds, News, Start-Up
This website uses cookies for a better browsing experience, in continuing browsing you're accepting their use. Read More