The Portuguese Minister of Infrastructure warned this week that while the Government does not want to “let TAP collapse” it cannot rule out the possibility of the airline going bankrupt.

The Minister, Pedro Nuno Santos, made his comments as it emerged that TAP now has a “massive debt” of €3.3Bn.
The debt comprises TAP’s net financial debt of €1Bn recorded for the financial year 2019 added to the debts from aircraft leasing contracts, bringing the total to €3.3Bn and that is without the cost of loss of business because the airline has been grounded for the past 12 weeks.
“We are talking about a massive debt” he admitted at the end of a parliamentary hearing on what to do with the national carrier, a hearing which lasted five hours.
“We need at the zero hour to make an emergency intervention to guarantee the company’s cash flow” he said.
According to Pedro Nuno Santos “an emergency intervention cannot wait much more time, but only after the cash injection could a strategic plan to restructure the business be drawn up”.
“We cannot work out a strategy plan in 15 days, that doesn’t exist,” added the minister addressing MPs sitting on the Commission for the Economy, Innovation, Public Works and Housing.
When quizzed about giving passengers their money back for tickets purchased for flights that were consequently cancelled as a result of Covid-19, the minister referred to vouchers in lieu (i.e., tickets for future flights) but admitted that this was a dossier that had yet to be decided, but that the Government understood the demands from the consumers’ point of view.
“Right now the truth is this: we don’t have TAP in operation, neither vouchers or refunds to offer, but we are going to intervene in TAP and will have to do so in a responsible and prudent manner,” he said.
On 13 May, the Secretary of State for the Treasury, Álvaro Novo, said that the Government expects to make a decision on the TAP emergency financial rescue package by mid-June, expecting a better technical justification for the cash request by the airline which is 49% privately owned, by the end of this month.
Pedro Nuno Santos said that the State would do all that it could to prevent TAP going insolvent and filing for bankruptcy but made clear that the Government would not be blackmailed or used by the private shareholders and could not rule out letting the company fall. 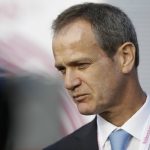 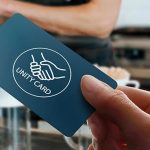