Portugal’s BCP bank saw profits tumble by 77% in the first quarter of 2020 to register a net profit of €35 million.

The bank explained the fall on the pandemic which shut down the economy in March and April and referred that it had set aside €79 million with which to offset losses resulting from the crisis.
BCP has already approved a more than a 100,000-client moratoria on loans and mortgages and its President Miguel Maya says the bank might extend the moratorium until mid-2021.
The moratoria approved were for families and businesses that applied for a temporary grace period on loan repayments because of the Covid-19 pandemic.
Miguel Maya said that the bank is considering extending the maturity dates on moratoria, ideally until the middle of next year, and will later reevaluated the question again. “This would provide a good service to the economy” he said.
The majority of moratoria were given to families: 76,700 approved by the bank, representing over three-quarters of applications. In relation to companies, BCP said it has already granted more than 23,000 moratoria.
These moratoria were granted on the back of the public regime created by the Government that enables the temporary suspension of repayment instalments (capital and or interest) for six months and also a moratoria created by the Portuguese Banking Association (APB) which has a set period of 12 months.
Maya says that the grace periods should be extended according to the sector of the economy in question. “From the very beginning we have argued in various forums that the moratoria should be widened and extended with longer deadlines,” he said.
“The deadlines should be adjusted to the company’s specific sector. Many companies are viable but need time get cash-flow going in order to pay off their debts,” added the BCP bank boss.
BCP’s shares have been trading at historically minimal levels on the Lisbon Stock Market with Miguel Maya believing that the current share value does not affect the true intrinsic value of the bank but rather Portugal’s exposure to external economic crises and shocks such as the current Covid-19 pandemic.
He said that now was the right time for investors to buy shares in the bank since the price per share was very attractive for investors wanting to speculate on the current slump in the Portuguese economy which he sees as short term.
“We’ve seen what happened today (Tuesday) in Spain in relation to the fall in shares in financial market because in Spain and Italy there has been short selling which has now been banned, whilst in Portugal short selling had not been banned,” said Maya.
For investors that wanted to make a tidy sum on the devaluation of the economies in the south of Europe by short selling, then Portugal was the country to do so” said the bank’s CEO, explaining the 2% fall seen on Tuesday’s trading session.
Miguel Maya believes that the current share price does not reflect the value of the bank, but rather Portugal’s increased sovereign debt risk. “One thing is the intrinsic value of the bank; the other is link to sovereign risk and the economy because of the situation we are facing which is causing BCP shares to fall making them very attractive for investors,” he said.
BCP shares closed the trading session at the stock market listed at below 10 cents per share. Shares have already lost 50% of their value this year with a combined market value for all shares of €1.38Bn. 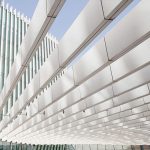 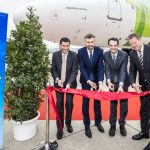 Government refuses to rule out TAP windupAviation, Business, Companies, Economy, Investment, News
This website uses cookies for a better browsing experience, in continuing browsing you're accepting their use. Read More