Production in Portugal’s construction industry fell 13.2% in April like-for-like on 2019 but wasn’t as bad as the rest of Europe which averaged falls of 20%.

The figures released by Eurostat reflect the obvious impact of the pandemic on the activity with a 28.4% production fall in the Eurozone following a 17.5% slide in March.
The worst falls were France (60.6%), Belgium (-39.0%) and Spain (32.6%). However, Romania, Germany and Finland saw increases by 812.2%, 0.9% and 0.8% respectively.
For the monthly variation, Portugal fell 7.2% while the variation in the Euro Zone was a fall of 14.6% and in the EU 17.7%.
In order to jump start the Portuguese construction industry, sector associations AICCOPN/AECOPS are calling for a Government programme launched in March called “Creating Resilience in the Construction Industry” to be put into practice which aims to ensure the continuity of operation construction whilst mitigating contagion risks.
These mitigating measures include widespread testing and the creation of an innovative platform together with the Portuguese Directorate General of Health and other authorities.
“The associations think that now is the time and are prepared to press ahead right now with the platform that was suggested while it is vital for the Government to mobilise its resources to ensure an effective, safe, continuous and controlled (return) for all companies and workers in the real estate construction sector.” 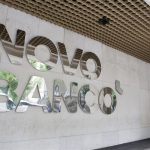 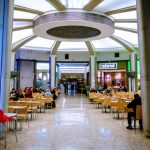 Restaurant sector battles to surviveBusiness, News, Restaurants, Services
This website uses cookies for a better browsing experience, in continuing browsing you're accepting their use. Read More