Portugal’s monopolies authority has accused two of the nation’s largest supermarket chains of running a bread and doughnut cartel.

Now the regulatory body which tries to enforce fair competition has launched more than 10 investigations in into the large food distribution sector.
The two food retailers accused by the Autoridade da Concorrência of conducting practices which amount to running a cartel are Modelo Continente (Sonae) and Pingo Doce (Jerónimo Martins).
One example given is trying to fix prices with Bimbo Donuts in such as way that the consumer’s interests are harmed.
After the investigation, the AdC concluded that there were indications that the companies Modelo Continente, Pingo Doce and Auchan used their commercial relationship with the supplier Bimbo Donuts to fix the sale price to the public of the main products of the producer to the detriment of consumer.
The statement from the competition authority stressed that: “This conduct in question is very serious”.
“This is a practice which is the equivalent to a cartel, in which the distributors, not communicating directly between themselves, as usually happens in a cartel, use bilateral contacts with a supplier to ensure or promote, through the contacts, that all practice the same Recommended Retail Price in the retail market.”
In the terminology of the competition authority they are accused of practicing a ‘hub-and-spoke’ system.
The regulator also adds that: “the behaviours investigated over various years has been carried out at least between 2004 and 2017”.
The authority says that it currently has another 10 cases under investigation in the food distraction sector, some of them subject to secret of justice. 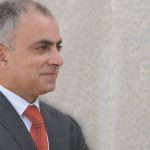 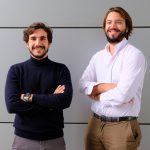 Portuguese startup Replai in €1.1M investment roundNews, Start-Up
This website uses cookies for a better browsing experience, in continuing browsing you're accepting their use. Read More