If Novo Banco exhausts its cash limit with the Resolution Fund and fails to get further investment from the US vulture fund Lone Star it could face nationalisation.

At present, Novo Banco, which has a €600 million black hole, has had the use of a €3.89Bn State guarantee which can be used to offset impairments and keep the bank in liquidity and meet European Central Bank rules on capital ratios.
But if Lone Star refuses to invest more cash and the bank’s solvency problems continue, the Portuguese State may have to take control of the bank reports Jornal Económico because of a clause in the agreement with Brussels which enables the State to step in as a last resort.
The clause mentions a “backstop mechanism,” a safety net of last resort which would allow the State to take the capital share in the bank in a move not unlike what has happened with national airline TAP when the State took the Golden Share after the exit of Jet Blue’s David Neeleman.
The clause would avoid the bank being wound up if Lone Star, which has a 75% share in the bank, decides to cut and run. The Portuguese State currently has a 25% in Novo Banco.
But it would also mean that Lone Star would lose its initial €1Bn investment in the bank agreed in the sale agreement made in 2017.
Before such an extreme scenario happens, the Resolution Fund can inject around €900 million into the bank to keep it afloat.
So, if the entire €3.8Bn ceiling foreseen in the contingent capital mechanism runs out, then the door is open to a possible nationalisation.
So far, Brussels says that the total amount of cash either already injected into Novo Banco or still available is around €9.2Bn.
According to Brussels, the European Competition authority (DG Comp) gave the green light to Lone Star to sell the bank in November 2019, but the document sent to the Portuguese authorities has only been made public now.
The operation could involve, according to the competition authority, three public support measures even if some or all of them are not used.
The first State support measure is regarding the €3.89Bn which is the maximum financial limit that the Resolution Fund can pump in to cover losses and toxic assets which could continue to erode Novo Banco’s capital ratio levels. This capital contingent mechanism may be activated this year if the bank reports high losses and if Lone Star does not want to keep the business.
The Resolution Fund is a public entity whose responsibilities should be financed by the banking sector in Portugal, but in practice as banks have pulled out, has been forced to use public money.
And if more money has to be pumped into the bank this year to maintain capital ratios, then that money will have to come from the Portuguese State.
The Government has already anticipated that need, setting aside around €850 million in the State Budget for 2020 to this effect, but probably as a loan rather than a handout.
The second measure envisaged by Brussels in case of additional capital necessities and which can be up to €400 million, would be secured by TIER2 capital instruments that could be offered private investors at market rates.
If third party investors cannot be found at a market rate, the Resolution Fund we be called upon to underwrite these instruments for a set period of time.
The Portuguese Government has argued that the amount raised from two measures would never exceed the €3.89Bn, but the way the measures have been structured has led Brussels to consider the injection of funds including public monies, which could allow for as much as €4.29Bn.
And if, finally, the evaluation by the European supervisor made within the framework of the Supervisory Review and Evaluation Framework (SREP) – explains the European Central Bank — draws the conclusion that Novo Banco’s capital ratios are less than those demanded by ECB rules, Portugal can supply the additional capital, but only that part that was not obtained from the following operations.
Internal measures adopted by Novo Banco to overcome capital black holes in nine months;
A request from a private investor – Lone Star – to inject the necessary capital and which is foreseen on the agreement;
An operation to attract funds from the market.
Only if these above measures fail to satisfy liquidity needs can the State step in with an injection of public capital, effectively increasing its capital share in the bank and thereby leading to a greater partial or total nationalisation. 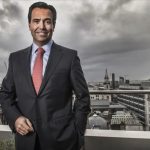 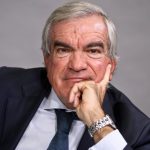