Portugal’s Finance Council has downgraded the public debt for this year by nearly 10% because of the funds the Government will have to pump into stricken airline TAP.

The CFP, which is led by Nazaré da Costa Cabral, has altered its debt forecast in its June report taking into account the impact of a cash bailout that could be as much as €1.2Bn to keep TAP from going under.
The public finances institution now sees the deficit increasing to 6.9% of GDP this year and 9.8% of GDP in the worst case scenario.
In June, the CFP had already factored in a worsening of the public debt position to 9.3% of GDP as a result of the “eventual capital injections that the Portuguese State may have to carry out in public or part-public companies, or even the provision of financial assistance to entities in the private sector.”
According to the report ‘Budgetary Development of Public Administrations to March 2020’ released on Thursday, the institution sees “a significant deterioration of the Public Admin budget balance in 2020”.
This will have a significant knock-on deterioration for Portugal’s debt ratio (from 15.3pp to 133.1% of GDP in the worst case scenario).
However, in any of these scenarios, the State’s financial aid to TAP “is not allowed”.
“Considering the impact of that financial support on the balance, the CFC’s forecast for the balance would result in a deficit of 6.9% of GDP for the base scenario and 9.8% of GDP in the worst case scenario, pushing up Portugal’s annual debt per GDP to as much as 142.3%.
In the analysis of the Supplementary Budget, the CFC foresaw a capital transfer of €946 million to TAP, but “the budgetary risk on the balance is noted, from the perspective of national accounting” of the loan coming to €1,2Bn.
In the meantime, the Minister of Infrastructure and Housing, Pedro Nuno Santos, has admitted the possibility of opening the capital of TAP in the medium term to other airlines, according to the news agency Reuters.
And David Pedrosa, the son of the sole private shareholder Humberto Pedrosa, in the airline, has been mooted as one of the names to take over as President of TAP, replacing the current incumbent, Antonoaldo Neves. 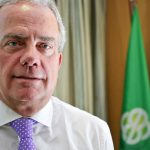 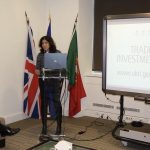