PSA (Peugeot, Citroen and Opel) has purchased the Portuguese company Amanhã Global, which owns the e-commerce reusable car parts platform B-Parts.com. The announcement was made on Thursday by the group led by Carlos Tavares.
The acquisition, made via PSA Aftermarket, means the majority share in the capital of Amanhã Global, which will retain its management board.
According to a company communiqué, the purchase of Amanhã Global, founded in 2015 and based in Porto, “Aims to complete PSA Aftermarket’s strategy to corner the second-hand car parts market in the circular economy, underpinned by the goal of tripling business turnover by 2023.”
B-Parts, states PSA, is the European leader in the second hand reusable car parts sector. The French car group also states that B-Parts has “a worldwide business footprint and its commercial activity is in 15 countries and aimed at B2B clients as well as B2C clients”.
An official source at PSA Portugal told the business daily Negócios that the group led by Carlos Tavares has “become the first international car manufacturer to go in for the second-hand reusable car parts market, along with repair and reconstruction, the ‘3Rs’ of its circular economy strategy.” 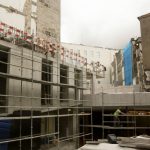 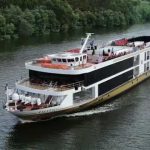 River Douro cruises restart after losing millionsNews, Tourism
This website uses cookies for a better browsing experience, in continuing browsing you're accepting their use. Read More