Pressure mounts for clarity over 6% VAT regime for property renovation

Pressure is mounting on the Portuguese Government to clarify the tax situation on urban rehabilitation projects in Portugal.

In a webinar organised by consultants EY called ‘VAT for Urban Rehabilitation: a situation that needs clarifying urgently’ developers were unanimous in recognising that a reduction in VAT to 6% had had a fundamental role in the renovation of part of the residential heritage in Portugal’s main cities, namely in renovating and refurbishing the shells of historic buildings in which the greater costs and risks associated with rehabilitation were offset by the reduction in VAT in comparison to new build.
Those taking part in this discussion, which is so important for the sector, included Fernanda Paula Oliveira, professor at Coimbra University’s Law Department, Aniceto Viegas, engineer and General Manager of Avenue, and José Cardoso Botelho, CEO of Vanguard Properties.
They were also in agreement as to the huge difficulties that the uncertainty surrounding the application of VAT at 6% is causing when it comes to project management and communicating with investors. They find it even stranger that on a topic as important as this one, there are still doubts surrounding the tax that is legally applicable. That is why they are calling on the government to urgently not only simplify the rules governing the VAT regime, but also to make things clearer and remove any doubts by stating that renovating buildings within the Urban Rehabilitation Area (URA) will benefit from VAT at 6%.
On this point, Aniceto Viegas mentioned that when paying a bill in a restaurant no one is in any doubt as to the VAT that is applicable for each type of product consumed, and doesn’t understand why there are these doubts and uncertainties in the case of rehabilitation and called for events to be organised to debate the matter.
It was also emphasised that non tax deductible VAT at 23% represents the second or third major cost for a real estate project in Portugal, while in Spain, for example, the tax is deductible.
José Cardoso Botelho also made a point of adding that in his opinion architecture and engineering projects should also join rehabilitation projects in being covered by 6% VAT since without projects there is no rehabilitation.
The inconsistency on guidelines issued by the Portuguese tax authorities (namely, binding information), wavers between:

(a) An initial phase in which it is expressly recognised that “neither the builder nor the owner of the work need to undertake any procedure in order to get a reduced tax applied” and only suggests that for the convenience of the tax payer that they “have a document, issued by the respective municipal council that shows that the property lies within an area set aside for urban rehabilitation, under the terms of the legal regulation stipulated for this type of project.”

(b) Under the current situation, at the opposite extreme, a certificate is required by the council stating that the project qualifies as ‘urban rehabilitation’ under the terms of the Urban Rehabilitation Legal Regime’ something that the law does not foresee.

At present, however, most local authorities do not issue such a certificate which means that rehabilitation projects are subject to VAT at 23%.
Professor Fernanda Paula Oliveira giving due justice to her impressive curriculum, explained the situation in a clear and well founded manner for over an hour, countering the more recent decisions issued by the tax authority.
The webinar comes at a time when urban rehabilitation projects in Portugal suffered a 11% decline in June compared to the same month last year and 1.2% compared to May according to the Barometer of the Association of Civil Construction Industries and Public Works (AICCOPN).
This fall also accompanies a reduction in the number of orders that companies have in this segment of the market.
An AICCOPN inquiry registered a negative variation of 5.3% like-for-like and -3.3% on the previous month.
According to the association, this data that shows a new reduction in the main qualitative indicators for the urban rehabilitation business, reflects the “immediate difficulties that the pandemic places on the productive chain of the sector”. 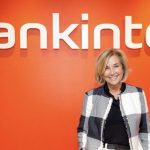 Bankinter not looking for mergers and acquisitions in the Portuguese marketBanks, News 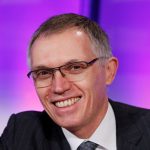