The ratings agency DBRS says Portugal is more robust and better prepared to meet the challenges of the current economic crisis caused by the Covid-19 pandemic.

DBRS, which stresses that the current crisis is different from the Great Recession of 2007-2014, has flagged up three main differences as two why Portugal is in better shape than it was when the IMF and ECB had to step in with a €78Bn bailout programme in 2011 to prevent the Portuguese State going bankrupt.
“Portugal’s public debt ratio should exceed 130% of GDP in 2020 and could even be higher than the peak registered in 2014”. However,  it points out that there are several reasons to suppose that Portugal’s public finances are better prepared to face this shock than it was in the previous crisis,” says the Canadian financial ratings agency.

From among the various reasons, it highlights three:
“First, Portugal faced this current crisis after having achieved balance in its public accounts, having even registered a surplus in 2019, the first in the country’s democratic history;
Second, “The probability of big financial responsibilities being transferred to public accounts, despite some high degree of uncertainty, seems moderate,” states DBRS, referring to the airline TAP and Novo Banco. “This positive outlook is down to a more ‘transparent’ and better controlled fiscal regime as well as a stronger and more sustainable financial system.”
Finally, DBRS notes that the “cost of servicing the financial needs of the state and public debt” is at more favourable rates than last time around when interest rates on sovereign debt soared to around 7%. With the European Central Bank (ECB) buying up bonds, interest rates on national debt are at historic minimums, with the interest rate on 10 year bonds at only 0.35%.
Despite the conviction that Portugal is currently in a stronger position, the DBRS sees some risks that could prove challenging for Portugal. “The main risk is the virus, as well as the nature and duration of the economic and health crisis.”
DBRS notes that the “economy could bounce back rapidly to its pre-virus capacity as soon as the pandemic ends”. The Canadian agency does not rule out, however, the possibility that: “Portugal’s economic capacity could be permanently affected in terms of supply, demand or both.”
“The longer the crisis lasts, the more painful the economic shock will and pressures on Portugal’s public finances will persist,” says Jason Graffam, vice-president fo DBRS Morningstar Sovereign Ratings. 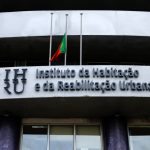 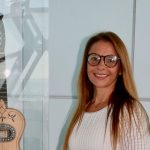