Property rents could be frozen in 2021

Rents on homes and commercial properties may remain frozen through 2021 ending five years of consecutive increases.

With strong downward pressure on prices felt over the past five months because of the Covid-19 pandemic, the average inflation rate over the past 12 months ending in June was negative according to the latest data out from the National Statistics Institute (INE).
But it won’t be until the beginning of September that a clearer picture of rents being charged for apartments, houses, offices, retail units and warehouses will emerge for the entire 12 month period and the next 12 months to come.
According to the latest preliminary estimate from the INE, referring to July, the average price variation (index of consumer prices) over the past 12 months, excluding housing, was at -0.04%. This figure was less negative than it had been in June (-0.08%), but continued below the plimsoll line.
And since the rate is negative, and taking into account that just one calculation is missing to calculate the coefficient formula to update the rents, 2021 looks set for rents to remain unchanged.
In order for the -0.04% to show a significantly more positive result reflected in an increase in rents, the INE states that August would have to show a sharp increase in rents, which is unlikely given the current circumstances.
Historically, the development of prices in August tends not to see big changes in the average for the preceding 12 month period.
In 2019, based on the data available for the same month, the average price variation had been 0.63%, since the final rate used in the coefficient for updated rent prices had been slightly below at 0.51%.
The final inflation value will be revealed in mid-September, when it is expected to indicate that rents will remain frozen in 2021. The last time the value of housing rents were frozen was 2015. In 2014 the price index excluding housing had been negative. 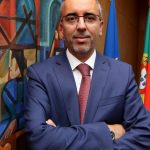 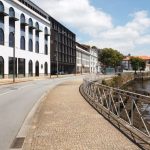 Neya opens €18 million hotel in PortoHotel, News, Tourism
This website uses cookies for a better browsing experience, in continuing browsing you're accepting their use. Read More