Luxury fashion online platform Farfetch, founded by Portuguese entrepreneur José Neves, saw its revenues increase by 74% to 30 June 2020, but the unicorn is still making a loss.

According to the founder and CEO of the company which sells luxury brands all over the world, the last six months has been an “exceptional period” for Farfetch, in which its digital platform achieved a record US$651 million (€550 million) and in the quarantine period reached half a million people.
At a time when shops selling luxury brands were unable to attract customers, the company’s digital platform proved indispensable, enabling Farfetch to double its sales turnover on the second quarter of 2019.
Neves argues that the massive increase in digital sales has to do with the change in paradigm regarding the online purchase of luxury brands and which he saw coming and was why he decided to found Farfetch.
“The huge acceleration that the luxury industry is going through was exactly why I decided to create Farfetch,” he said.
Nevertheless, the company has been unable to turn a profit. In fact, its after tax loses have quadrupled to $US436 million (€369 million) on June 2019.
At the presentation of its results, Farfetch also revealed that it was expanding the number of its partnerships within the luxury industry, adding the French department store Printemps to its offer that already has 1300 brands. 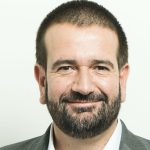 Property investment down to €90 million in Q2News, Property, Real Estate 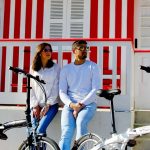 Portugal overtakes Italy in bicycle productionEconomy, Industry, News
This website uses cookies for a better browsing experience, in continuing browsing you're accepting their use. Read More