The Portuguese international construction giant Mota-Engil is competing for major motorway projects in Uganda and the central African country of Cameroon.

It is poised to win tenders for two further motorway projects worth €1.5Bn with its current classification of ‘preferred bidder’ already in the bag for a PPP road project in Ghana according to the business daily Jornal Económico.
Mota-Engil, says the newspaper, is still involved in the final phase of at least two competitive tendering bids in the road infrastructure sector in Africa worth a total of €1.5Bn.
If this is added to motorway project in Ghana, the value of the road contracts it is almost certain to win in Africa rises to almost €2Bn.
Mota-Engil is said to be in the final negotiations for the competition to build a motorway between Yaoundé and Douala in the Cameroon, with an investment value estimated at around €595 million.
In Uganda, Mota-Engil is associated with Vinci and Meridiam to win the competition to build a motorway between Kampala and Jinja at an estimated value of around €935 million.
“Other transport infrastructure projects planned and in the pre-qualifying round in Ghana include the motorway between Acra and Takoradi worth €425 million, a road link project from Porto Seco from Takordi worth €306 million, and Boankra worth €102 million according to the site Inframation News, although Mota-Engil has yet to announce if it is competing in some or all of these competitions in Ghana.
“Elsewhere in West Africa, two road PPPs are in the pre-qualification phase, in Cameroon, the Yaoundé-Douala highway, and the Edea-Kribi highway, which attracted several European investors, including Mota-Engil, Vinci and Egis.
A list of pre-qualified competitors is expected in the coming weeks “, advances the” Inframation News “.
Jornal Económico confirmed that Mota-Engil is competing for the Yaoundé-Douala motorway contest, and it was impossible to verify the same in relation to the Edea-Kribi motorway.
Another major PPP road project Mota-Engil is looking at in Africa is the highway in Uganda, between the capital, Kampala, and Jinja, in an estimated amount of €935 million euros . In this case, Mota-Engil is part of a consortium with Vinci and Meridiam, but the final decision may be delayed due to the impact of Covid-19.
“Despite news from the local press about a potential cancellation of the tender, two sources close to the process assured that the UNRA-Uganda National Roads Authority is preparing a set of requirements for the bidders who will be part of the short list consortia, which include builders and funds from European infrastructures,” Inframation News says. 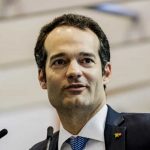 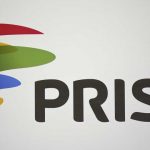 Prisa wants €36.8 million for Media CapitalCompanies, News
This website uses cookies for a better browsing experience, in continuing browsing you're accepting their use. Read More