Claranet Portugal, a company specialising in cloud, workplace technologies and solutions has made a €121 million turnover in the 12 months to June.

The annual figures, which include an EBITDA of €7 million, was boosted by organic growth in all of its business areas.
It means that Claranet Portugal’s business now represents around 27% of the entire group’s revenues which worldwide achieved a business turnover of around €450 million for the same period.
Over the past three years, Claranet Portugal saw an accumulated growth of around 50% in business turnover. The past tax year alone turnover revenues were up 20% on the year before.
Claranet Portugal currently has 650 staff nationally, and has increased the share and weight of its operations within the group internationally, boosted by strategic acquisitions made in 2014, 2015, and 2017 and through organic growth. Portugal now represents a business turnover almost 20 times greater than Spain.
For the 2021 tax year, which began in July, the company expects to continue growing its business turnover despite the current challenges facing the economy from the pandemic’s fallout in recent months.
“We aim to continue growing at all levels in the coming year, not just in Portugal, but in Spain and Brazil, where we are also present. These are priority markets for our growth where we want to recreate the success story we’ve had in Portugal,” says António Miguel Ferreira, who sits on Claranet’s Executive Commission and is charge of Portugal, Spain, and Latin America. 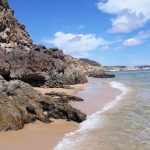 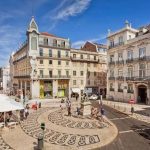