The importance of finding strategies that can optimise the potential of urban spaces is key to the successful development of Portugal’s towns and cities.

This is according to the President of the Portuguese Association for Real Estate Developers and Investors (APPII), Henrique de Polignac de Barros who said, “The building of cities necessarily has to have an integrated and global approach, between public and private players, with the public sector always contributing towards maintaining an investment cycle involving the private sector, so that real estate development companies can continue to develop projects for the Portuguese and Portugal”.
The APPII president was talking to the newspaper Público on the eve of tomorrow’s first Real Estate Development Conference in Portugal – COPIP, organised by the APPII and magazine Vida Imobiliária which will run online throughout the day.
Henrique de Polignac de Barros says that public-private partnerships are key for real estate developers and investors in regenerating cities, renovating building stock and providing new offer, especially new build housing aimed at the middle classes in Portugal.
“These are the avenues of an overall strategy that will enable a cycle of private investment on the path to the growing construction of the cities of the future in Portugal,” he said.
Hugo Santos Ferreira, executive vice-president of the APPII emphasises that 2020 will go down as the year in which the sector not only overcame the crisis caused by the Covid-19 pandemic but also reinvented itself and launched its first annual conference in which real estate development themes will take front and centre stage.
“After various years in which the association focused on real estate development themes through multi-themed events, it decided despite all the challenges and difficulties to give the issues facing the industry in Portugal due prominence through a dedicated annual conference,” said Hugo Santos Ferreira.
He added that the real estate market is one of the main drivers of the Portuguese economy and that in recent years around 30% of national GDP was down to the sector which in his opinion has not only helped to grow the economy, but has renovated cities and created conditions for more sustainable urban centres. 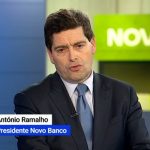 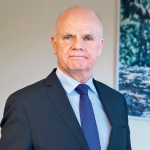