Nature and Tradition in the Azores

Nature and space are at a premium in these anxious times of Covid-19. One ancient Azores family have come up with the perfect place to relax and unwind away from the tumultuous crowds at the Senhora da Rosa Tradition & Nature Hotel.

Joana Damião Melo tells us that the site of the ‘Mirante’ served as a watchman’s office during the period when the estate was given over to orange production between the 1780s and 1880s from which it was used to detect possible robberies from this and the surrounding estates, as well as looking out for the arrival of English ships that would fetch the oranges and take them to England.
In World War I the ‘Mirante’ was used to look out for enemy shipping, particularly German submarines, one of which approached the coast in 1917 and fired salvos which killed someone at Fajã de Cima.
Now the mirante has been rethought for a different concept — tourist accommodation and has been turned into the glass-walled cube with a 360º view over the estate. It has a kitchenette, living room, dining area, double bedroom and private bathroom and it is from here that we meet the hotel chef João Alves who prepared the marvellous menu we sample and the staff which Joana has carefully cherrypicked from the various hotels and resorts she has worked at over the years.
Within the main garden in front of the accommodation block — actually it seems more like a plantation garden from Out of Africa with its array of tropical and fruit trees and plants — are two wooden lodges – Tranquility Garden Lodges – built around a tree and which offers an authentic in-the-woods experience.
The Tranquility Garden Lodges cost €200,000, mix both vintage and modern elements, and each have a kitchen, living room, refreshment area, bar, private bathroom and double bedroom and can double up as a family celebrations venue or the ideal honeymoon retreat. It also features a seasonal outdoor pool.
Resurrected and repositioned in the middle of the Covid-19 crisis, the Senhora da Rosa Tradition & Nature Hotel is a daring risk but one which we think will take off.
Why? Unlike the past crisis, which was economic and fuelled in Portugal by both over leveraged developments, a weak banking system and a sovereign debt crisis, this current crisis has been provoked by a health pandemic in which space away from the crowds comes at a premium for affluent travellers.
And on the peaceful and dramatically beautiful island of São Miguel of the Azores, in the middle of the Atlantic Ocean, equidistant from the Americas and Europe, with a low population density of 140,000 on the entire island, you can’t get a more tranquil and away from mass civilisation than The Senhora da Rosa Tradition & Nature Hotel. 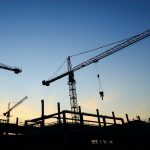 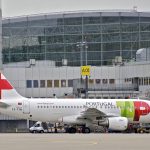 TAP without Lisbon hub would spell the end of the airlineAviation, News, Tourism
This website uses cookies for a better browsing experience, in continuing browsing you're accepting their use. Read More