Portugal has once again been added to England’s quarantine list. It means that holidaymakers flying back to ‘Blighty’ and arriving from 4am on Saturday will have to isolate for two weeks.

The restriction will not apply to travellers returning from Madeira and the Azores.
According to Sky News, the decision comes a week after the government made no changes to the so-called travel corridors — but Wales and Scotland both took different approaches, causing anger and confusion from travellers that blasted the decision as inconsistent and confusing.
However, the U-turn will have almost certainly been influenced by news published yesterday by the Portuguese Directorate-Geral of Health which admitted that new cases has climbed up to nearly 600 on Tuesday, the highest increase since the April lockdown in Portugal, with three deaths recorded for the preceding 24 hour period.
The decision, however, from a UK Government at increasing political odds with the European Union and even US over its Brexit negotiations policy, will be cold comfort for local businesses relying on tourism in the Algarve, many owned by British expats.
There are approximately 49,000 Brits living in Portugal, some of which had hoped that a late influx of holidaymakers would save their summer season and their livelihoods.
Last Thursday, Wales added Portugal to its quarantine list — but excluded the Azores and Madeira islands — while Scotland took a blanket approach to the whole country.
Some tourists last week had been anticipating that England would close the air corridor and paid through the nose for plane tickets to get home only to find that quarantine-free travel was still in place.
UK ministers say that countries where the figure is 20 cases per 100,000 are at risk of being added to the list and Portugal’s figures are now 23 per 100,000 people.
The UK’s Secretary of State, Grant Shapps tweeted yesterday, “The data shows that we have to remove Portugal (except the Azores and Madeira), Hungary, French Polynesia and Reunion Island from the list of air corridors to keep everyone safe,” stating that the new rules will come into force from 4am on Saturday, 12 September.
Talking to Dinheiro Vivo on Monday evening, Vítor Neto, the President of NERA, the Algarve’s business association said: “2020 has truly been the worst year for the sector since 1950 (basically meaning since records for tourism began).
What lies ahead will be another ‘challenge,’ he added: “Portugal’s needs to reaffirm its value as a holiday destination in a market that will be “increasingly aggressive”.
“But for now the focus is on our numbers: and the last seven days’ rolling average is not looking good,” he admitted.
Some newspapers have put the daily rise in cases at 46 in 100,000 – way beyond the so-called UK benchmark of 20. The heavily populated areas of Lisbon and Vale do Tejo and the north of Portugal are the areas most affected.
And now that Portugal has learnt that it is categorically back on the UK’s blacklist, businesses which had been trying hard to stay positive and hope low-season holidaymakers would brave the uncertainty and keep on coming, have had their hopes cruelly dashed.
A statement issued by the British Embassy in Lisbon stated: “We know this will cause disruption and uncertainty for travellers who are in mainland Portugal, or planning to visit. But public health is the UK Government’s top priority. And as case numbers have risen across Europe in recent weeks, including in Portugal, the government must keep the risk of imported cases of coronavirus down.
These decisions are informed by a range of factors assessed by the Joint Biosecurity Centre. Each country is considered on an individual basis, with factors such as weekly case rates weighted against other factors in that country including trends in incidence and deaths, prevalence, information on a country’s testing capacity and degree of community transmission.
We regret the impact these decisions will have for the Portuguese community in the UK as well as the Portuguese tourism industry and look forward to being able to reverse these measures when public health conditions allow.” 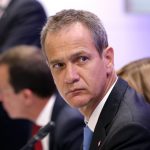 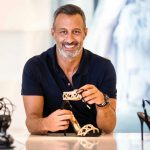 Portugal’s shoe industry in challenging timesBrands, Exports, In Focus, News, Retail
This website uses cookies for a better browsing experience, in continuing browsing you're accepting their use. Read More