Portugal tourism is fourth most exposed in Euro Zone

Portugal has suffered almost more than any other country in the Euro Zone from falling tourism revenues according to ratings agency DBRS.

Only Greece, Cyprus and Malta have had a worse summer season because of the restrictions put in place by governments over Covid-19 this year.
Tourism in Portugal accounts for 16.5% of GDP and 18.5% of employment nationwide, while foreign tourists account for 70% of total tourist spending.
Despite all of this, the ratings agency says it will, for the time being, maintain Portugal’s rating and ‘outlook’ stable.
The agency looked at eight indicators and concluded that Portugal is in the fourth position (with a score of 0.8%), with the ranking being led by Greece (1.3 points), Cyprus (1.2) and Malta (0.9). After Portugal, Spain (0.2) and Italy appear.
At the top of the table, there are the countries least affected by the fall in tourism, as their economy is not so dependent: Germany (-0,8), Belgium (0,7), Finland (0,7) and France (0,7).
“The results indicate that southern European economies are more vulnerable to the fall in tourism. The tourism industry represents a significant source of income and employment in countries like Greece, Cyprus, Malta, Portugal, Spain and Italy,” points out DBRS.
“In contrast, Germany, Belgium, Finland, France and Slovakia are less vulnerable to the tourism shock,” according to the financial agency.
“Analysing data from Portugal, tourism accounts for 16.5% of the national GDP, with this sector employing 18.6% of the total employed population. Foreign tourists also account for 70% of total tourist spending in Portugal, and temporary jobs in the sector account for 36% of total tourism jobs. Of the total workers in the sector, 35.5% have low qualifications,” points out the DBRS.
Tourists from outside the European Union, including the United Kingdom, account for 17,7% of total tourists.
In the European Union, the tourism and travel sector contributes directly and indirectly to 9.5% of total GDP, with 22 million jobs (11.2% of total employment.
According to DBRS, Europe is the most visited region in the world by tourists, accounting for 51% of the total international travel in the world.
According to the OECD, the Covid-19 pandemic will cause a 60% to 80% drop in this sector. Between January and May alone, international arrivals to Europe fell by 58%. 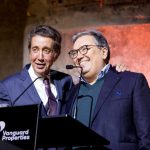 The importance of the Golden Visa regime for economic recoveryConference, Development, News, Property 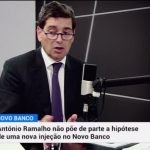 Ramalho admits to inconsistencies after Deloitte reportBanks, News, Opinion, Property
This website uses cookies for a better browsing experience, in continuing browsing you're accepting their use. Read More