The Portuguese Government has refused to bow to pressure from the real estate sector and will end the concession of Golden Visas in Lisbon and Porto in exchange for property purchases.

The legislation governing changes in the way the scheme, which has brought in around €6Bn of investment to the country, was already foreseen in the State Budget for 2020 but was postponed because of the pandemic.
However, despite strong vocal opposition from the Portuguese Association of Real Estate Developers and Investors (APPII) and the country’s largest residential real estate developer Vanguard Properties to maintain the current scheme in place, the Government is now shifting emphasis away from Lisbon and Porto in favour of secondary Portuguese cities such as Braga, Coimbra, Viseu and Guimarães, among others, which it says needs vital investment.
The Golden Visas, which offer authorisation for residency in return for investments in property, companies and the arts, has now become restricted to regional municipal investments and Madeira and the Azores.
The Government’s argument, following criticisms from the left-wing parties in the Portuguese parliament, is that the scheme is balanced in favour of Portugal’s main two cities Porto and Lisbon to the detriment of regional cities in the interior of the country and is encouraging a move of the local population away from the capitals because the scheme is artificially pushing up house prices, making it impossible for the middle classes and young families to live in the two cities.
Luís Lima, President of the Portuguese Association of Este Agents and Real Estate Professionals (APEMIP) is dead set against the changes which have done do much to attract overseas investment into Portugal since the scheme was set up in 2012.
“Instead of trying to stop foreign investment, our role should be to attract it through programmes such as this, but integrated within a programme of economic recovery,” he says.
According to the Portuguese immigration office, SEF, since the start of 2020 the amount of cash attracted by the scheme has totalled €496 million, down 10% on the same period in 2019.
Hugo Santos Ferreira, Vice Executive President of the Portuguese Association of Real Estate Investors and Developers (APPII) has argued for months that most overseas investors don’t want to be based or invest outside Lisbon.
He warns that tampering now with a successful investment vehicle like the Golden Visa could spell the end of overseas investment attraction in Portugal and backs this up by saying that the real estate investment market in Portugal, mostly sustained by foreign investors, is one of the few sectors in the Portuguese economy that is doing well and sustaining the country right now.
Santos Ferreira argues that messing around with the programme now could cost the Government and economy €700 million a year in what is a strategic error with harmful consequences if the Government doesn’t back down now. 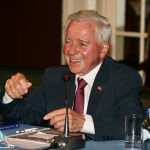 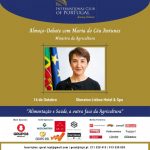 ICPT: Debate with Maria Céu AntunesNews
This website uses cookies for a better browsing experience, in continuing browsing you're accepting their use. Read More